THROWBACK THURSDAY: Sonny, Thank You for the Love You Brought My Way 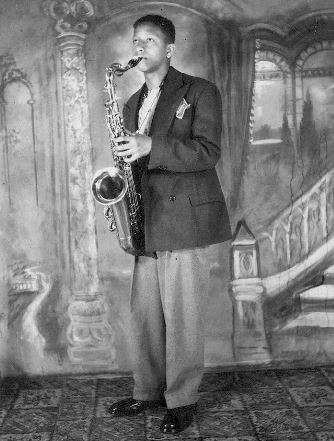 Tomorrow  is the birthday of a man many consider the greatest living saxophone player -- Sonny Rollins. He'll be 88.

Theodore Walter Rollins was born on September 7, 1930 in New York City. He grew up in Harlem not far from the Savoy Ballroom, the Apollo Theatre, and the doorstep of his idol, Coleman Hawkins. After early discovery of Fats Waller and Louis Armstrong, he started out on alto saxophone, inspired by Louis Jordan. At the age of sixteen, he switched to tenor, trying to emulate Hawkins. He also fell under the spell of the musical revolution that surrounded him, Bebop.

He began to follow Charlie Parker, and soon came under the wing of Thelonious Monk, who became his musical mentor and guru. Living in Sugar Hill, his neighborhood musical peers included Jackie McLean, Kenny Drew and Art Taylor, but it was young Sonny who was first out of the pack, working and recording with Babs Gonzales, J.J. Johnson, Bud Powell and Miles Davis before he turned twenty.

But enough talk. Let's get on with the music.

Here's a 1956 recording he made with John Coltrane, "Tenor Madness."

And now for something completely different. In the early '80s, Sonny played sax with The Rolling Stones on "Waiting for a Friend." (He's not in the video, which is a shame.)