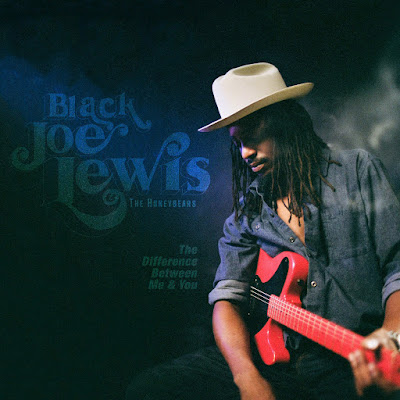 Recently, a music critic and Facebook friend of mine posted something stupid. No, he wasn’t agreeing with President Trump that the solution to forest fires was better raking. “Rock is dead. Who killed it?” he asked, then listed a few suspects, mainly bands he doesn’t care for.

My first reaction: “Oh no, not again.” The whole “rock is dead” debate has popped up again and again throughout the years, ever since the days when Elvis enlisted in the Army, and Buddy, Bopper, and Ritchie fell from the sky. Then there was wimp warrior Don McLean (whom Rolling Stone once dubbed “Nixon’s Dylan”) whimpering about “the day the music died.” Then there was the rise of disco — then hip-hop, then boy bands, then electronica. Then the demise of decent commercial radio, the birth of smartphones and streaming, then — who knows — some impending Bobby Goldsboro revival?

Rock is dead? Not on my watch.

Maybe you do need a metaphorical rake to get rid of some of the rotting foliage on the proverbial floor. But I’m firmly in the Neil Young camp here: “Hey hey. My my/Rock ’n’ roll can never die ...”

But, one might argue, today’s youth care a lot more about dumbed-down pop dreck and other non-rock sounds than actual rock ’n’ roll. Can’t deny that. But I’ll always remember the words of this crusty old guy who worked in The New Mexican’s backshop years ago talking about our beloved wild and primitive sounds: “This stuff is better when it’s coming from the underground.”

And in support of that contention, I offer two recent hard-charging, rocking guitar-centric albums with strong roots in the blues and creative recycling, both of which I’ve been loving a lot lately.


* The Difference Between Me & You by Black Joe Lewis & The Honeybears. Longtime fans of young Black Joe should immediately realize that this record, released in September, is a back-to-basics move for this Austin band.

It’s true: The Honeybears still have their excellent funky horn section, and a handful of songs here are closer to sweet soul ballads than rump-rousing rock.

And at least one track, the tasty “Suit or Soul?,” sounds so much like some long-lost blaxploitation soundtrack, I wouldn’t be surprised if it showed up on some episode of The Deuce. But the overall sound of Difference is raw and rowdy, with roots stretching back to Bo Diddley and Howlin’ Wolf.

The first song, a mid-tempo gem called “Nothing but a Cliché,” starts off with a guitar lick that evokes memories of classic Muscle Shoals soul. Wilson Pickett should return from the dead to cover this one.

Then there are tunes like “She Came Onto Me,” which has menacing echoes of ascended Fat Possum masters like R.L. Burnside, T-Model Ford, and Junior Kimbrough; “Hemmin’ & Hawin’,” which owes its lead hook to ZZ Top; and “Girls on Bikes,” which justifies the Diddley comparison above.

And in the category of strange cover songs that are better than the originals, Lewis and band do a version of Wilco’s “Handshake Drugs.” Wilco’s original, on the album A Ghost Is Born, is a lilting, pleasant little tune built around acoustic guitar and piano, colored by psychedelic electro-squiggles. Black Joe’s version is a ferocious ride into paranoia and insanity.

Lewis, by the way, is the second African-American singer (that I know of) who’s covered a Wilco song. A few years ago J.C. Brooks & The Uptown Sound did a rough-hewn, soulful version of “I Am Trying to Break Your Heart.” What can I say? Jeff Tweedy is a soul man. 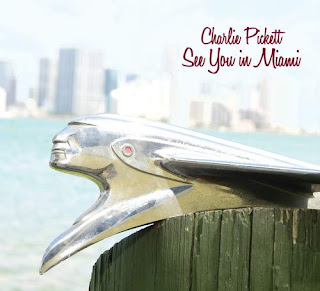 * See You in Miami by Charlie Pickett. Charlie Pickett & The Eggs was one of the coolest bands of the 1980s who I never heard until 20 years after they’d broken up. It wasn’t until Bloodshot Records released an amazing Pickett compilation called Bar Band Americanus in 2008. That one ended up on my Top 10 list that year.

But those of us who haven’t been able to catch the occasional Pickett gig in Florida have never heard another peep out of Pickett — who jettisoned his musical career to become a lawyer all those years ago — since that greatest non-hits collection 10 years ago.

The good news is that See You in Miami picks right up from Pickett’s music when he went off to law school. He still does songs that sound like ZZ Top (them again!) trying to rewrite Exile on Main Street. (Pickett has said in interviews that his favorite period in rock was the Stones’ Mick Taylor era.) R.E.M.’s Peter Buck, who produced an Eggs album in the ’80s, supplies the lead guitar on several songs.

Starting off with “What I Like About Miami,” the joyful ode to his adopted hometown and its beaches, nightlife, empanadas, and Cuban girls, which could be a candidate for some future Miami tourism commercial, the album is full of south Florida references.

But not everything here is pretty girls and Cuban delicacies. “Bullshit Is Goin On” is a slow, menacing, and soulful protest against political skulduggery, while “So Long Johnny,” written by Buck, is a lament for Johnny Salton, a former Eggs guitarist who died of liver cancer in 2010. The “Spirit of Johnny Salton” is credited for “inspiration guitar” on the song.

The longest song here, the near-seven-minute “Four Chambered Heart,” is fortunately one of the strongest on Miami. Inspired by The Dream Syndicate, a neo-psychedelic 1980s band from California, after the four-minute mark it morphs into an instrumental version of Television’s “Marquee Moon.”

Like other Charlie-come-lately fans, I wish I could have seen Pickett & The Eggs tear up the stage in some Florida dive back in the day. But See You in Miami is so strong it’ll make you want to see him this weekend.