A version of this was published in The Santa Fe New Mexican
Feb. 1, 2018 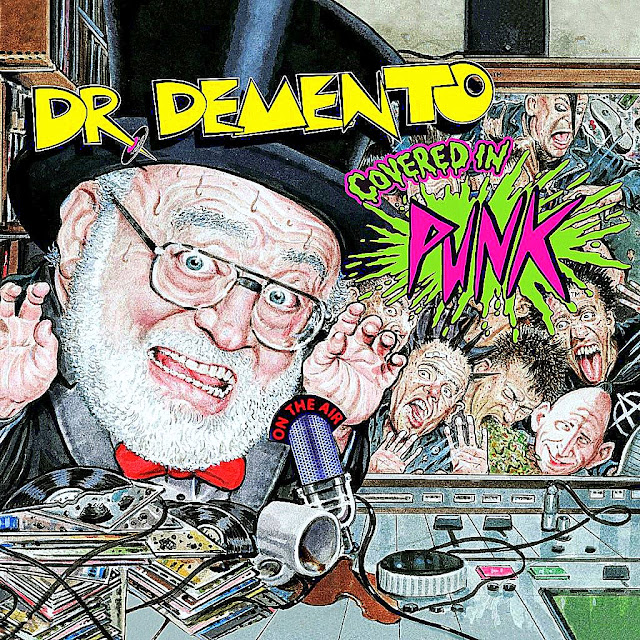 I’m a longtime fan of Barret Hansen, aka Dr. Demento, even though I never figured out what the difference between a “dementoid” and a “dementite” is, or which one applies to me.

So it’s probably not a huge surprise to learn that I’m also a fan of Dr. Demento Covered in Punk, a new tribute album featuring many of the oddball ditties as well as many of the artists who graced — or disgraced — his wacky weekly radio show.

Hansen is not a practicing physician. And he’s not a Ph.D., though he does have a master’s degree in ethnomusicology from the University of California, Los Angeles. He’s written serious pieces about music for serious publications, including Downbeat and Rolling Stone — and no, not about the history of fart jokes in 20th-century song. Despite his goofball persona, the guy knows his stuff when it comes to music.

According to song and legend, Dr. Demento earned his nickname back in the early ’70s when another DJ called him “demented” for playing the black-humor rockabilly classic “Transfusion” by Nervous Norvus on his show. 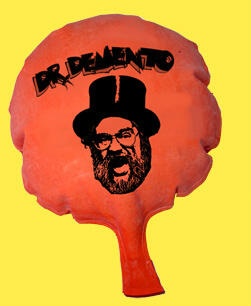 Embracing his inner weirdness — and frequently his inner corniness — the young doctor created a unique format that included novelty records old and new, song parodies, spoken-word comedy, outsider music, and, by the mid-’70s, a good smattering of punk rock.

On an October 1976 show that also included tracks by Spike Jones, Bobby “Boris” Pickett (but not The Monster Mash), The Mothers of Invention, Fats Waller, and Captain Beefheart, Demento played “Beat on the Brat” by The Ramones for the first time. He soon began playing the likes of The Sex Pistols, Devo, The Misfits, The Cramps, The Dead Kennedys, The Dead Milkmen, and others.

Demento’s syndicated show was one of the few national broadcast outlets that would play anything by many of these acts, one of the few safe harbors for punks in the putrid sea of commercial radio.

“It’s often been said that punk rock began as a reaction to the bloated corporate rock scene that had taken hold in the 1970s,” Hansen says between songs on Covered in Punk. “And you could say the same about the Dr. Demento Show as well. The Ramones wanted to bring back the youthful spirit of fun that had gone missing from the airwaves. And so did I.”

Covered in Punk is like an extended Dr. Demento radio show, with versions of his familiar opening and closing themes, celebrity promos — “Hi, I’m Tom Lehrer and you’re lucky enough to be listening to The Dr. Demento Show” — and Demento himself doing intros and outros after every couple of songs or so.

Some of the best songs here include “Surfin’ Bird,” covered by that “wascally wabbit” Nobunny (who also does a decent cover of “Monster,” originally performed by B-52s strongman Fred Schneider); Roky Erickson’s “Creature With the Atom Brain,” sung here by Quintron & Miss Pussycat; Balzac, a Japanese band, covering “Rat Fink,” an Allan Sherman tune; Los Straitjackets covering the definitive Alfred E. Newman instrumental “It’s a Gas” (which originally was available on a flexi-disc insert in an issue of Mad magazine); and The Meatmen doing Frank Zappa’s “My Guitar Wants to Kill Your Mama.” 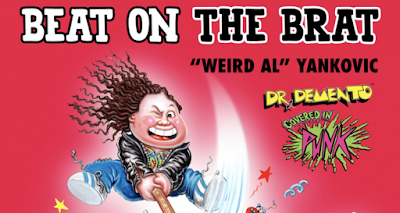 I am not a huge fan of Weird Al Yankovic, the song parodist who is Dr. Demento’s most famous discovery. But I have to admit that I totally love his faithful, joyful cover of The Ramones’ “Beat on the Brat.” I’m glad he didn’t turn the song into some crappy parody. Eat on the Bratwurst? Build a Wall with Slats?

And three songs that I consider the holy trinity of Dementoland are represented here. The Bizarro World anthem “Fish Heads” — originally by a group called Barnes and Barnes (Billy Mumy, who played Will Robinson in TV’s Lost in Space was one of the Barneses, but I’m not sure which) — gets punked up by the band Osaka Popstar. (Guitarist John Cafiero also produced this tribute album.) The comically overwrought “Dead Puppies” also gets a punk-rock makeover by James Kochalka Superstar, a band led by comic-book artist Kochalka.

And “Shaving Cream,” Borscht-belter Benny Bell’s 1946 masterpiece, gets not one but two versions on this collection, both by East Coast kiddy-show host Uncle Floyd Vivino. The first has updated, punk-related lyrics (the singer steps in a pile of ... shaving cream in a mosh pit, etc.) while the reprise has the original Bell lyrics. Both are done as a thunderous waltz, featuring Vivino’s straight-outta-Shakey’s Pizza rinky-tinky piano.

But the greatest track on Covered in Punk is “Garbage Man,” sung by the grand master of the Golden Throats, Captain Kirk himself, William Shatner. Shatner bellows, growls, and over-emotes the lyrics over a fuzzy Peter Gunn guitar. “Do you understand? I’m the garbage man!!” It’s true that Shatner’s “musical career” was funnier back when he didn’t understand that people were laughing at his versions of “Lucy in the Sky with Diamonds” and “Mr. Tambourine Man.” But even though he’s in on the joke these days, he’s still Shatner. It’s so crazy, it’s magical.

It would be a huge exaggeration to call Dr. Demento a major figure in the punk-rock history. But show me a punk rocker who doesn’t like “Shaving Cream” or “Fish Heads” or “Dead Puppies,” and I’ll show you a humorless stiff who shouldn’t be allowed around other people.

Here are a buncha the songs from Covered in Punk

Weird Al does The Ramones

In the port of Amsterdam, where the sailors all meet, there's a sailor who eats only fish heads and tails ...

But there is not, nor will there ever be a singer as spectacular as Shatner!