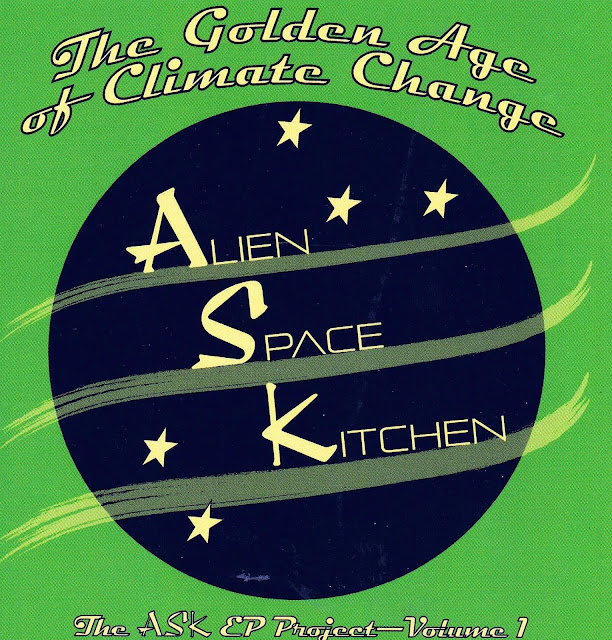 Nothing like some loud and local apocalyptic garage-punk space-pop to get your blood circulating on such a winter’s day. Who’s serving that purpose for me lately? It’s The Golden Age of Climate Change by an Albuquerque band called Alien Space Kitchen.

This seven-song, 26-minute EP is a refreshing blast of raunchy riffs, rump-shaking beats, simple but addictive melodies, and irreverent lyrics about planetary suicide.

Alien Space Kitchen has been around for nearly a decade. They started out as a duo featuring singer Dru Vaughter and drummer/vocalist Noelle Graney. (Originally they called themselves “Dr. Rox” and “Chiffon,” respectively, but those monikers didn’t last.) Their first album, Just ASK, was released in 2012. Sometime before 2016’s Some of This Is True, they picked up a permanent bass player, Terry “Mess” Messal, who helped solidify the Space Kitchen’s sound.

At the moment, my favorite track on this record is “In the Mud,” in which Vaughter sings matter-of-factly, “Back in swamp, deep in the water/Weather’s getting warmer, world is getting hotter.” Though other tunes here have similar messages — how to cope when the world is headed for a boiling point — Vaughter never seems preachy. It’s like he’s conjuring troubling images with a smile on his face, while his guitar screams in rage.

Another worthy one is “Who Controls the Weather,” which unabashedly veers down the conspiracy rabbit hole. Of course, they’re being tongue-in-cheek here … I think … (Remember, this is the same band that did a song called “How to Fake a Lunar Landing” on Some of This Is True.) The song ends with Vaughter and Graney singing, repeatedly, “The world is run on gasoline/I’m gonna destroy your weather machine ...”

Also impressive is “Down in Flames,” a crunching — and rather paranoid — rocker with the grim refrain, “It’s all going down in flames/It’s never going to be the same/God damn, ain’t that a shame?” Though the lyrics are dire, there’s a strong glimmer of hope just in the way Vaughter and Graney sing it. Maybe I’m nuts, but I think I detect a knowing wink in the delivery.

Like most good EPs, The Golden Age of Climate Change leaves a listener wanting just a little more. The good news is that more might be just around the corner. This record has a subtitle: The ASK EP Project – Volume 1. “This series of themed EPs will cover a broad range of topics and styles,” the website says. “ASK’s current mission is to release a new volume with a new theme and new songs approximately every 3 months.”

Here’s hoping the Space Kitchen crew follow through on that.

Some other recent New Mexico records: 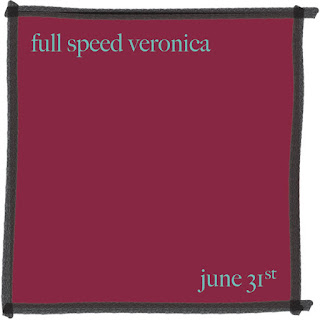 * June 31 by Full Speed Veronica. It’s another rocking little trio that hails from this Enchanted Land. Guitarist Malcolm June and drummer Matt Worley started the band as a quartet with bassist Nathan Hey and someone named Brandon back in 2008. Hey left the group in 2016 and was replaced by Sarah Meadows. Like June, she’s an alumna of early 21st-century New Mexico rockers The Hollis Wake (and a former arts editor of the Santa Fe Reporter).

Though definitely guitar-centric, Full Speed Veronica is less punky than, say, Alien Space Kitchen. Their melodic sound actually is closer to folk-rock, though they don’t sound much like The Byrds. Fortunately, they also don’t sound much like Three Dog Night or Billy Joel, both of whom are included in Veronica’s lengthy list of influences on their Facebook page. (But I would kind of like to hear them do a version of “Mama Told Me Not to Come.”)

Among the standouts on June 31 are the opening song, “Barnburner,” which has hints of Byrdsy jangle and Dinosaur Jr. roar; the slow, minor-key “A Month of Sundays,” which starts out with June on acoustic guitar; and the soulful “The Great Escape,” which features Meadows on vocals.

Check out Full Speed Veronica's Bandcamp page. You’ll find June 31 there as well as their previous two albums — Always Play the Part and Been Known to Lie, which are available for “name your own price.” 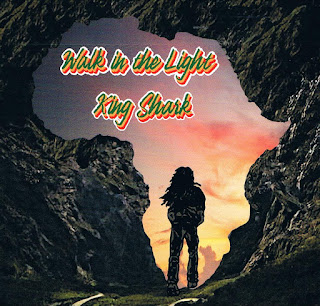 * Walk in the Light and Dub to the Ite’s by King Shark. Alphanso Henclewood, the man behind the Shark, has lived in these parts for most of the last couple of decades, but he was born in Jamaica, the Greenwich Farm district of Kingston, to be exact. And it’s there where Henclewood returns every so often to record himself and his friends playing old-school reggae.

According to a story in the Jamaica Observer last March, King Shark was there for “his most ambitious recording sessions to date” for which he “assembled a crack team of musicians to cut tracks for an album he hopes to release this year.”

The story mentioned two songs — “Walk in the Light” and “Love Revolution,” which he recorded at the famous Tuff Gong studio. That “crack team” included guitarist Earl “Chinna” Smith, who has played with too many major reggae musicians to list here, and who is a boyhood friend of Shark’s.

Walk in the Light consists of several versions and mixes of the two songs mentioned in the Observer. So a listener gets to know both songs inside out. My favorite tracks are the “Straight Mix” of the title song and the stripped-down Kete Drums mix of “Love Revolution.”

The other new album under the King Shark banner, Dub to the Ite’s, features ten instrumentals with Smith and other stalwarts of the Shark’s impressive stable.

Shark also has a new various-artist compilation, Kingston 13,  which he produced, including singers like Pretty Rebel, U Mike, Peter Rankin, and Candyman. My favorite tunes here, though — “Got Feelings 4u” and “I Like to Know” — are love songs performed by a sweet-voiced female duo, Amanda & Queen Lydia Garcia.

King Shark’s albums can be found at CD Baby, The Kingston 13 compilation also is CD Baby.

Unfortunately I couldn't find any of Alien Space Kitchen's new songs. But here is one called "Alien Agenda" from their previous album: