A version of this was published in The Santa Fe New Mexican
March 15, 2018 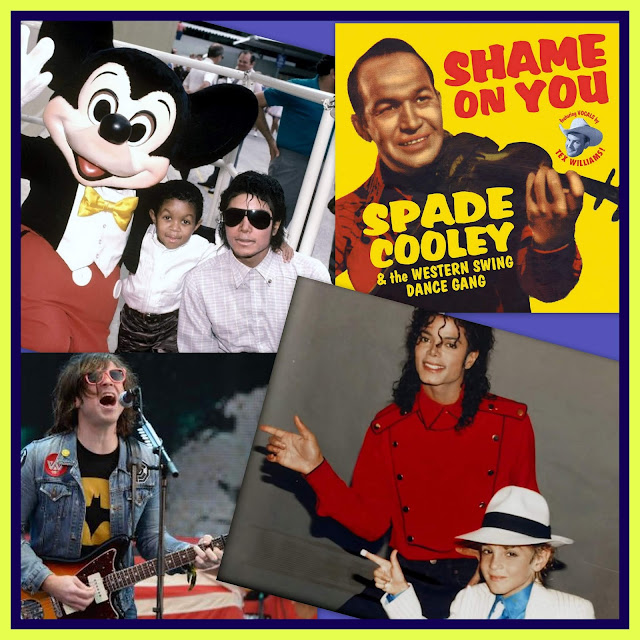 I almost feel bad for fans of Michael Jackson following the revelations of Leaving Neverland, the recent HBO documentary detailing the agonizing allegations of sexual abuse, by Jackson, of two of his former kiddie pals, now grown men.

Like most living Americans my age, I became aware of Michael Jackson back in my late high school days, when The Jackson 5 began dominating pop charts.

To me they were bubblegum soul, a black version of the Osmonds, who I also couldn’t stand. Both the Osmonds and the Jacksons were out there back then, each doing their best to damage AM radio beyond repair. (Now there’s a good thesis for a Ph.D. in pop culture: How Michael and Donny paved the way for Rush Limbaugh and Sean Hannity.)

Michael Jackson rarely crossed my mind for years after the demise of The Jackson 5. But around 1979, I started hearing songs from Jackson’s album Off the Wall on the radio — and I thought they didn’t stink too bad for disco-laden pop, going well beyond the pipsqueak pop of his early career.

And soon came Thriller, and with that, Michael Jackson basically became the ’80s in the eyes of his rapidly expanding fan base. As for me, after the initial thrill of Thriller was gone, Jackson once again just seemed cheesy to this old cynic.

At first, it was just that the glitz and excess of both his sound and his image seemed to epitomize everything about the ’80s that I hated.

I myself made a snarky innuendo in this very column back on Jan. 5, 1990. Reviewing a record by Terence Trent D’Arby (Neither Fish Nor Flesh, an album I still love), I wrote, “He can sound as angelic as Michael Jackson crooning lullabies to Webster or as wild as James Brown in a high-speed chase along a southern highway.” (Webster was a 1980s TV sitcom starring child actor Emmanuel Lewis, who was a frequent Jackson boy pal and houseguest in the ’80s.)

In 1993, the parents of one of his constant kiddie companions filed a civil lawsuit against Jackson, alleging he’d molested his son. Jackson settled the case, reportedly for more than $20 million. Jackson loyalists knew that it was just a case of money-grubbing parents trying to besmirch the honor of a wholesome entertainer who just happened to love children.

Then in 2003, British journalist Martin Bashir made a documentary called Living with Michael Jackson, in which the singer talked openly about sleeping with the little boys who were guests at his Neverland Ranch.

And millions of his fans were charmed. Not so much the district attorney of Santa Barbara. Jackson would be charged with molesting another boy. This case went to trial, but the King of Pop beat the rap — with the help of testimony by Wade Robson, an Australian kid whose family had moved from their home country to California so he could be closer to Jackson, who he’d idolized.

Robson is one of the alleged victims at the center of Leaving Neverland, who in the documentary describes in excruciating detail his story of being raped by Jackson as a young boy.

For instance, I’ve always liked Western-swing pioneer Spade Cooley, even though he murdered his wife. I’ve even made sardonic jokes about that fact when playing Cooley on the radio.

But my perception of Donnell Clyde Cooley changed a couple of years ago when I heard an episode about him on the Cocaine & Rhinestones podcast. Host Tyler Mahan Coe described in brutal detail how Cooley not only killed but tortured Ella Mae Cooley and forced their fourteen-year-old daughter to watch.

“This was not a domestic argument that got out of hand,” Coe said in the podcast. “Not an accident with a dangerous weapon. Not a so-called crime of passion. This wasn’t even an isolated incident. It was a savage and deliberate execution which many people had to have seen coming.”

And while I haven’t thought much of or about the music of Ryan Adams in recent years, during the great alt-country scare in the mid-to-late ’90s, I was a huge fan of his old band Whiskeytown. For years I’ve thought of Adams, who’s always been known for his “bad boy” antics, as a guy who’s just too full of himself.

But a recent article in the New York Times contained serious accusations about his treatment of women, including one allegation that’s caught the interest of the FBI: that he engaged in “graphic texting” and phone sex on Skype with a female musician who was fifteen and sixteen at the time.

How do you separate a horrible man from his art that you love? No easy answer here. Last week comedian Bill Maher said he’ll still go on listening to Thriller — though he might have problems with one of the songs, the one subtitled “Pretty Young Thing.”

So before you start idolizing musicians — or other entertainers or politicians — realize they are not gods but humans. And some humans are just plain evil.

No Michael Jackson videos on this blog.

But here's some TTD: