OPENING THEME: Let It Out (Let it All Hang Out) by The Hombres
The Sky is a Poisonous Garden by Concrete Blonde
That's Tough by Gabriel & The Angels
Bone Machine by The Pixies
Eyes on Me by The Night Beats
Some People by Ar-Kaics
Dancing on My Knees by The Yawpers
Who Do You Love by Patti Smith
Corn Foo Fighting by The Hickoids
All I Know by The Neon Brothers
Don 't Wanna Wash Off Last Night by The Gaunga Dyns

Let's Go Let's Go, Let's Go by Hank Ballard & The Midnighters
You Can't Steal My Shine by The Reverend Peyton's Big Damn Band
Hornet by Jon Spencer
Blue Haired Lady by The Polkaholics
Pony Dress by The Flesh Eaters
How It's Done by Unknown Instructors
I'm a No Count by Ty Wagner
Sweet Jane by Lou Reed 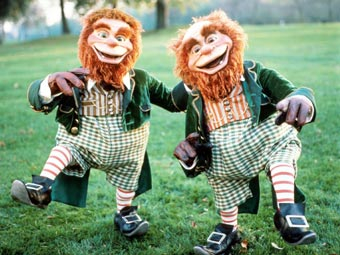 THE LAST GASP OF ST. PAT's

Oklahoma on my Mind by Martha Fields
Don't Let Nobody Drag Yo' Spirit Down by Linda Tillery & The Cultural Heritage Choir with Wilson Pickett & Eric Bibb
Jeep Cherokee Laredo by The War & Treaty
How Many Stars by The Mekons
CLOSING THEME: Over the Rainbow by Jerry Lee Lewis