A version of this was published in The Santa Fe New Mexican
April 26, 2018 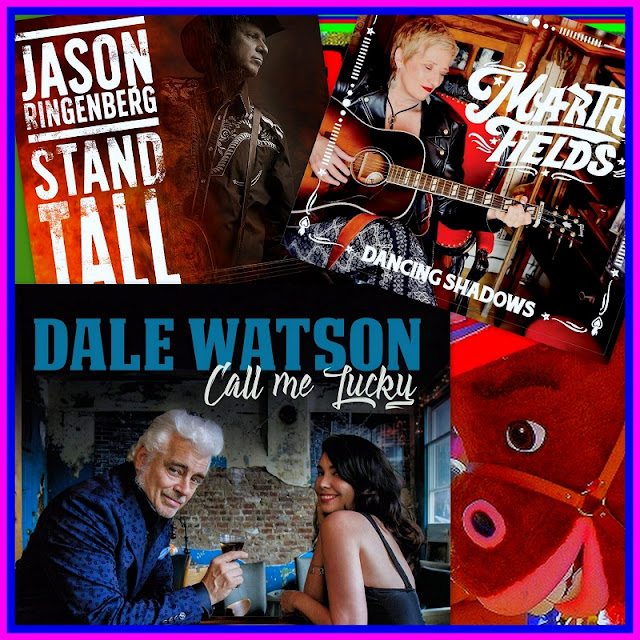 Let me riff on the old Wolf Brand Chili ad from decades ago: Neighbor, how long has it been since you read a big steaming Terrell’s Tune-up column entirely devoted to country music?

Well, that’s too long! So here is a look at three fine hillbilly albums I’ve been listening to lately. 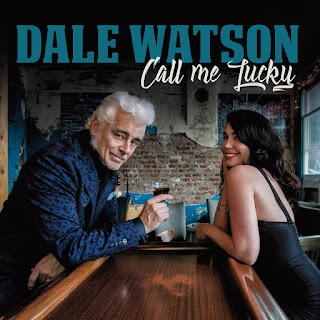 * Call Me Lucky by Dale Watson. If there’s a better, more authentic, harder working and more
prolific purveyor of old fashioned honky-tonk music than Watson, I sure haven’t heard of him or her. He’s a little guy with a big white pompadour and a powerful baritone, similar to that of Waylon Jennings, though sometimes reminiscent of Johnny Cash.

He’s got humor and soul, an amazing (and amazingly consistent) band and a work ethic that would put most of us to shame. I’ve seen him play the Continental Club in Austin on both Christmas and Thanksgiving nights and once saw him at the Broken Spoke in the Texas capital play three hours without taking a break.

And the records keep coming. By my count, this is his sixth album since 2015. Among his recent discography there’s a duet with Ray Benson, a covers album, a live album and one featuring of re-recordings of his old songs.

In the past year or so, Watson bought a second home, so he now splits his residency between Austin and Memphis. And yes, you can hear echoes of both Sun rockabilly and Stax soul in Lucky (though not as much as his 2011 offering The Sun Sessions, which was recorded at the studio where Elvis, Jerry Lee, Johnny Cash and Cash made their magic.)

A few songs, including “Tupelo, Mississippi & a ’57 Fairlane,” “Inside View” and “Who Needs This Band” feature a horn section. Willie Nelson’s harmonica man Mickey Rafael, sort-of a one-man horn section himself,  graces some songs here, including “Johnny and June,” on which Watson trades lines of love with his real-life girlfriend Celine Lee.

In two songs here, Watson jokingly questions his own intelligence. “I know that I’m not smarter than nearly anyone / I’m just lucky,” he sings in the title track. And backed by a classic Johnny Cash chunka-chunka beat in “The Dumb Song” Watson pokes fun at his own dumb habits like drinking, smoking and eating “that Southern fried chicken.”

But don’t be fooled. Dale is far from dumb. And if you’re smart you’ll give this album a listen. 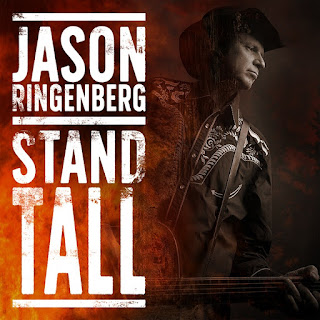 * Stand Tall by Jason Ringenberg. With Jason & The Scorchers, the band that made him famous (well, kinda famous) Ringenberg is the guy who brought cow-punk to Nashville. No question he’s a rocker, but he’s got country in his heart. That was obvious even back in the days when he was sporting a Mohawk along with a red sparkly C&W jacket. And it’s even more obvious on this, his latest solo album.

Starting off with the spaghetti-western style instrumental title song, this album is populated with hard-edged honky-tonkers like “Many Happy Hangovers to You,” an emotional cover of Jimmie Rodgers’ “Hobo Bill’s Last Ride,” a sweet acoustic, fiddle-colored ode to nature, “Here in the Sequoias” and a country-waltz version of Bob Dylan’s “Farewell Angelina.”

There are songs praising The Ramones – based on the time The Scorchers backed them on a 1982 Texas tour – environmentalist pioneer John Muir and John the Baptist, (who Ringenberg says “was a real humdinger.”)

This is not nearly as political his last proper solo record, 2004’s Empire Builders, (I’m not counting his children’s records he’s released under the name of “Farmer Jason) there’s a fife-and-drums Civil War ballad, “I’m Walking Home,” which is anti-war as well as anti-slavery and pretty radical all around.  “Well I hated slavery and all that support it / But I hate the Union for what it’s become,” the Confederate deserter sings. 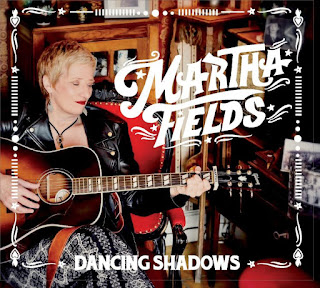 * Dancing Shadows by Martha Fields. For the past several years, the West Virginia-born Fields has
made the very best country music coming out of France. Maybe even the whole European Union. And I believe this album, released late last year, is the expatriate hillbilly’s best –at least so far. Her band may be French, but they sound like true Americans to me.

Some of the songs here deal with being a foreigner, such as the lonesome “Paris to Austin” (that contains the line “I’ll pretend the Eifel Tower is a big oil well”) and the bluesy “Exile,” in which Fields sings, “I’m a stranger in my homeland / So afraid for my homeland / And I hurt for what I’ve left behind …”

There are a couple of nostalgic tunes for her past homes, the bluegrass-touched “West Virginia in My Bones,” and the slow aching, acoustic “Oklahoma on My Mind.” However I like up-tempo, country-rockers like “Last Train to Sanesville” (I missed that train years ago!), the dobro-driven “Demona,” and the bluegrass stomp “Maxine.”

But the one I keep going back to is the truthfully titled romp called “Hillbilly Bop.” My favorite verse is where she sings, “Well brother’s got the moonshine, Daddy’s got molasses / Get off your hillbilly asses / You gotta hillbilly bop …”

First a live version of the title song of Dale's latest.

Martha shows how the Hillbilly Bop is done

And yes, tracks from all three of these albums, plus a lot more, can be heard on a recent episode of The Big Enchilada. In fact, I named the episode after a certain Martha Fields song. Listen and/or download HERE or just listen below: