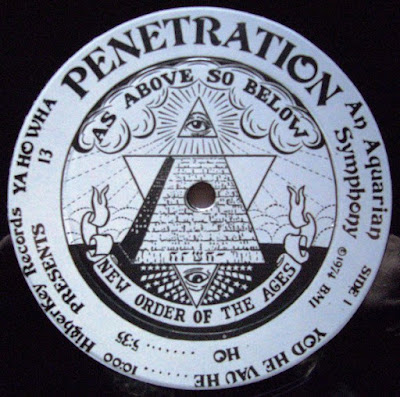 A little more than four years ago, I did a Wacky Wednesday post of music videos by actual cults -- including music from The Children of God, Scientology, the Hare Krishnas and The Christ Family -- a group I'd encountered before in Santa Fe in the early '80s. (However, within a few months of that post, The Christ Family pulled all their videos off YouTube, apparently forever.)

Let's start with something from a 1973 album by Rev. Jimmy Jones' Peoples Temple Choir. This was four years before they drank the not-proverbial Kool-Aid,

California in the '70s must have been a magical place. The Source Family, led by a Sunset Strip health-food restaurant owner called Father Yod (James E. Baker), was the subject of a fascinating 2012 documentary. This guru had his own sanctified psychedelic band called Ya Ho Wha 13. They sounded like this:

Anyone remember Synanon? This was a group founded by Charles E. Dederich in Santa Monica in the late '50s as a drug rehab clinic. But it grew into a cult that became known for violent retribution against critics.

In 1979 Mr. Dederich pleaded no contest to a charge of conspiracy to murder a Los Angeles lawyer by placing a rattlesnake in his mailbox, after the lawyer won a $300,000 suit against Synanon.

(That lawyer, Paul Morantz, was representing former Synanon members and relatives of members who said they were being held in Synanon against their will. The snake bit Morantz, who was hospitalized for six days.)

But in 1962, years before that unpleasantness with the snake, etc., jazz guitarist Joe Pass recorded an album featuring fellow musician patients at Synanon being treated for heroin addiction. Here's a track from that album, Sounds of Synanon. 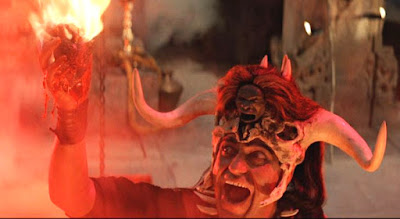