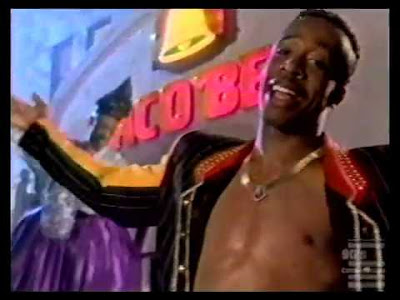 So where does a big music star with big financial problems go for help? If it's the early '90s, apparently they ran to the Border to pitch for Taco Bell.

That's what Willie Nelson did in 1992 when the IRS Hell Hound was on his trail. Listen to Willie sing the praises of the Woman with the Rose Tattoo -- and also Steak Burrito Supremes:

Rapper M.C. Hammer also made Taco Bell ads. But unlike Willie, Hammer's financial crisis happened a couple of years or so after he'd made commercials for Taco Bell (and KFC, and Pepsi.) So maybe Hammer actually liked crappy tacos.

Here's another ... direct from Lake Edna!

I'm not exactly sure why Little Richard jumped on the taco wagon.