A version of this was published in The Santa Fe New Mexican
July 19, 2019 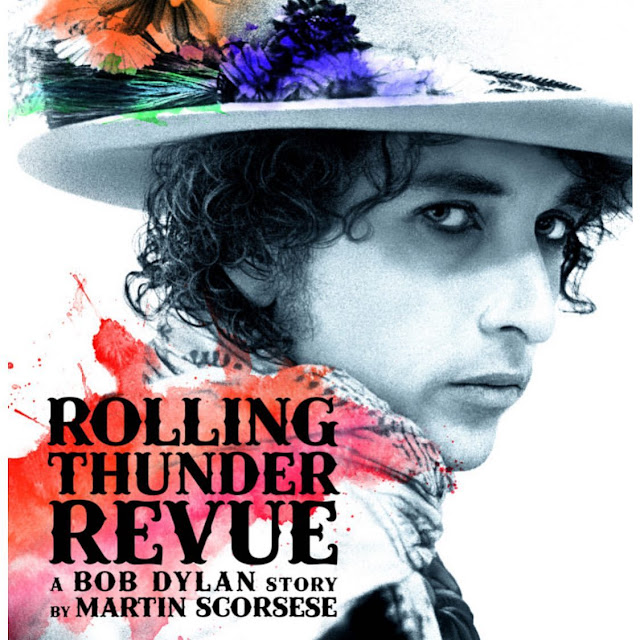 A little historical perspective for those who weren’t around or those who were in a coma during the mid-’70s: the Rolling Thunder Revue was a ragtag tour featuring Dylan and lots of other musicians, including lots of his old folkie pals like Joan Baez, Ramblin’ Jack Elliott, and Bobby Neuwirth; beat poet Allen Ginsberg; and Dylan rock contemporaries like Joni Mitchell and Roger McGuinn.

Backed by a group that included band leader T-Bone Burnett (who nobody had heard of at the time), David Bowie alum Mick Ronson on guitar, and mystery lady Scarlet Rivera on violin, the revue was the antithesis of the big-time mega-monster corporate stadium-rock tour that was rising in the ’70s. Rolling Thunder played small venues with little advance publicity.

And lots of great concert footage was captured by the incomparable Dutch filmmaker Stefan van Dorp, hired by Dylan to accompany the merry caravan.

One thing I liked about Rolling Thunder is that you can’t always tell what’s the “real world” and what ain’t. It’s part documentary and part mockumentary. At least one of the characters is completely made up, and several of the people being interviewed didn’t really do what they claimed to do during the daze of that tour.

Some critics have complained that the cruel and callous Dylan and his henchman Scorsese snared them into this web of deception. One overwrought review likened these deceptions to the “fake news” epidemic in the Trump era. Some calmer voices just dismissed the fake interviews as an unnecessary distraction.

When I found out about this — after reading up on the film right after watching it — I howled with laughter. I was duped! I shouted, loud enough to frighten my cat. It was a classic Dylan jest. No wonder Scorsese included Joni Mitchell singing “Coyote” in the doc. Like Joni’s protagonist, Dylan is the ultimate trickster.

But I was a little disappointed that a teenage Sharon Stone didn’t really join the tour because Dylan liked her KISS T-shirt. (She wasn’t there at all.)

And it would have been cooler had the stuffy, vainglorious van Dorp — who complains about everyone in Rolling Thunder nearly as much as people complain about him — had been real. Van Dorp (played by Bette Midler’s real-life husband, Martin von Haselberg), was a vehicle for Scorsese to poke fun at the self-important earnestness of talking heads in rock documentaries.

But whatever you think about these little twists, the music in the film is tremendous. Standouts include the live “Isis” (probably the best song on Dylan’s album Desire, released around the same time as the tour), as well as “The Lonesome Death of Hattie Carroll” and “A Hard Rain’s a-Gonna Fall,” both of which he turns into rowdy rockers.

All these and others are a thrill to behold. 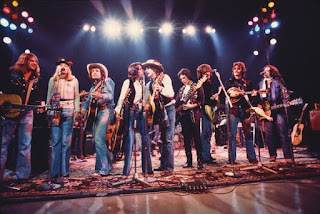 * “Señor (Tales of Yankee Power)” — This song from Dylan’s Street Legal (1978) evokes troubling images of impending violence at some border town saloon. This would have fit in on Dylan’s Pat Garrett & Billy the Kid soundtrack a few years earlier.

* “Billy 1” — Speaking of Pat ’n’ Billy, this song didn’t really shoot me in the back until about 20 years ago, when I walked into the Lincoln County Courthouse — from which Billy made a daring escape and killed two deputies in 1878 — and someone was playing this song. It made the whole visit magical.

* “Days of ’49” — Dylan didn’t write this tune, which appeared on his unjustly panned 1970 effort Self Portrait. The narrator is an aged ’49er recalling his friends and how they met their demise. “Of the comrades all that I’ve had, there’s none that’s left to boast/ And I’m left alone in my misery like some poor wandering ghost.” Those words go through my head every time a friend of mine dies, which is far too often these days.

* “Jokerman” — This oracle of a song, from his otherwise unremarkable 1983 album Infidels, proves that not everything Dylan did in the mid-’80s sucked. Just most of it.

* “Just Like Tom Thumb’s Blues” — I didn’t begin to understand this gem from 1965’s Highway 61 Revisited (still Dylan’s greatest album) until years later, after I myself had gotten lost in the rain in Juárez a few times.

* “Watching the River Flow” — This was a 1971 single that didn’t appear on an album until the arrival of Bob Dylan’s Greatest Hits Vol. 2, released later that year. It features Leon Russell on piano and Jesse Ed Davis on guitar. It has one of my favorite Dylan couplets, “People disagreeing everywhere you look/Makes you wanna stop and read a book ...”

* “Dignity” — This was recorded in 1989 during Dylan’s Oh Mercy sessions but didn’t see commercial release, in a remixed version, for another five years.

* “Mississippi” — This laid-back gem first appeared on Love and Theft (2001), but the slower, looser version that kicks off The Bootleg Series Vol. 8: Tell Tale Signs (2008) is the best. It’s like a hip update to the country classic “Gotta Travel On.”

* “You’re Gonna Make Me Lonesome When You Go” — One of the best bloody tracks on Blood on the Tracks (1975). I came to truly appreciate this song during a break-up the next year.

Now with some videos!

Where have you been, my blue-eyed son?

Isis in all her glory

Here's Joni and "Coyote" as seen in the film