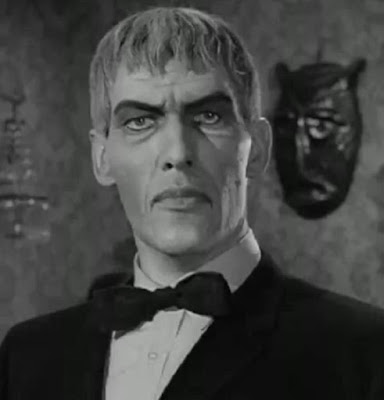 Today would have been the 87th birthday of the late character actor Ted Cassidy, the man who played the Frankenstein-like butler Lurch on television's beloved The Addams Family.

Cassidy died in 1979, but Lurch still lives in the hearts of the true.

Devoted Addams Family fans know that Lurch had vocal talents beyond his trademark growling and catch phrase, "You rang?" He was a rock 'n' roll star ... or might have been.

Here's a scene in which his musical talent is discovered:

Just like The Beatlers, The Rolling Stones, Howlin' Wolf and so many great talents, Lurch got a spot on Shindig.

And back during his 15 minutes of musical fame, Cassidy showed he had real Red Sovine chops on this country talking song, which was the B-Side of "Do the Lurch."