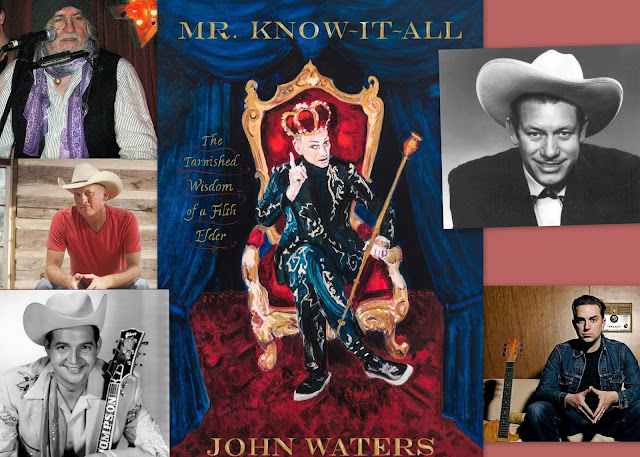 I've been reading John Waters' latest book, Mr. Know-It-All: The Tarnished Wisdom of a Filth Elder, which is, as are all things Waters, hilarious. But this Throwback Thursday was inspired by one particular chapter called "I've Got Rhythm," in which Waters expounds upon his wide-ranging musical tastes -- including hillbilly music."

A lot of people today claim country-western music ain't what it used to be, and I kind of agreed until I started listening to the Outlaw Country radio station  on Sirius in my car. God, there were so many beyond-cool hillbilly musical gems before and after Patsy Cline, Loretta Lynn, Hank Williams and Ferlin Huskey that I had never known before. Sure I had hung around redneck bars all my life, but now I felt the weight of my faux-cracker musical ignorance. Suddenly I realized I was an old Caucasian listener who needed to stick his citified ears through the twanging glory hole of country music to have them rearoused.

Waters suggests making an 8-track tape (!) of several hillbilly songs he suggests to beef up your appreciation of hillbilly music old and new "... then play them over and over so they are drilled in your mind like the Catholic catechism."

I don't have the equipment to make an 8-track tape, so I'll just put 'em all in a blog post.

(So no, this is not your typical Throwback Thursday where most the music I babble about is several decades old. But as my favorite filth elder wrote in this chapter, "...retro is a state of mind,not a year."

He starts with this song, "Firebug" by J.D. McPherson. Says Waters, " `Burn it up, burn it down,' J.D. sings, and you can bet if there's a horndog arsonist listening anywhere nearby, he'll come sliding down your pole and ignite on contact."

This song by Kevin Fowler, "If I Could Make a Livin' Drinkin'," Waters says, "would be the perfect pickup song if you were looking for a date either in the welfare or unemployment office."

Turning now to some older stuff, Waters admires Hank Thompson's "Hangover Tavern." Says the author, "I told you a hangover can sing if you'll just let it." 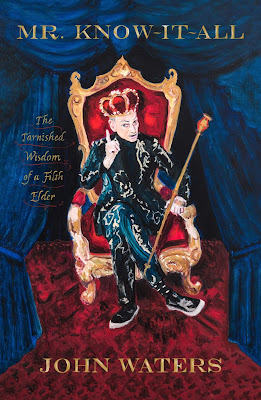