Just got back to town last night, so Wacky Wednesday is a little late today ... 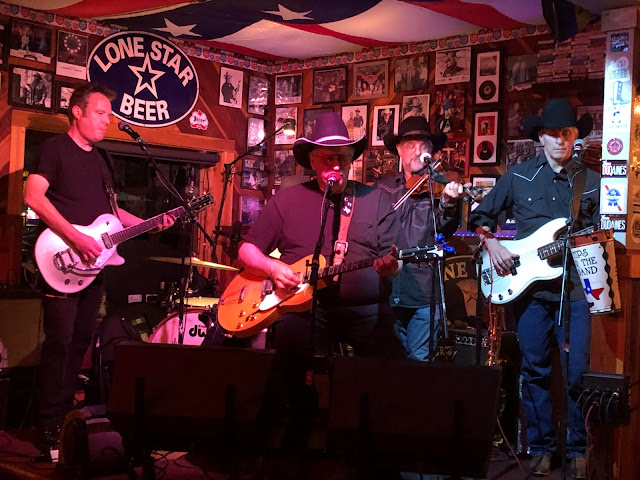 While visiting Austin, Texas last week, I got to see Cornell Hurd and his always-amazing band for the first time in several years.

Besides his strong voice and tight country-swing group (Cornell eschews the term "country," preferring to call his sound "Texas dance music"), what I like best about Cornell is his songwriting, which is fortified by his sardonic sense of humor. Many of his song titles alone are funnier than most of what passes as "comedy" these days.

It's too bad that I couldn't find "The Genitalia of a Fool" on YouTube. But below are some other great examples:

Cornell played this one (and gave a similar intro) when I saw him last week.

I washed my mind in muddy water ...

This may leave you .... breathless -ah

Mom was ahead of her time

This is one of my son's favorites when he was growing up (from probably my favorite kiddie album by anyone.)