WACKY WEDNESDAY:Is Make a (Too Much) Joyful Noise 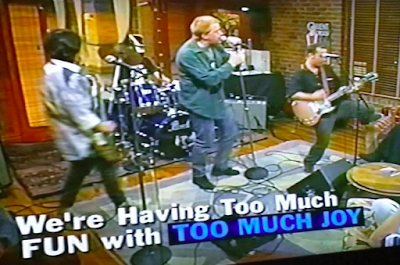 Is there really any such thing as Too Much Joy?

The answer is yes -- at least in the 1980s and '90s when there was a fun little band from Scarsdale, NY responsible for a lot of funny tunes. on albums like Green Eggs & Crack; Son of Sam I Am and Cereal Killers.

Chances are you've never heard of them. TMJ never made it that big.

But during their short career, Too Much Joy had the distinction of being the only band: 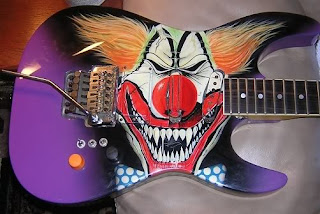 * to get sued by Bozo the Clown;
* to be arrested in Florida for performing Too Live Crew songs in public (reckless endangering THE CHILDREN!);
* to be detained by the Secret Service over a drunken onstage rant about then-President Bill Clinton (Chelsea was in the audience);
* to have their own theme song embraced by Newt Gingrich; and
* to cover a Rod McKuen song.

Such accomplishments cannot be ignored.

In an interview in A/V Club in March, 2000, Too Much Joy singer Tim Quirk talked about the Bozo incident:

On the vinyl release of Son Of Sam I Am, we wanted to drop in samples from various things. We didn't have any samplers or anything, so we just directly scratched the stuff off the turntables onto our master tapes, and one of the things we did was off an old Bozo The Clown record. It was the perfect introduction to the song "Clowns," because he said, "And then I found something in one of my pockets. It was about as big as your shoe, but it was shaped like a rocket." ...  It was the type of funny thing that got mentioned in various reviews and interviews, but what we didn't know was that Larry Harmon was apparently kind of vain, and has kept a clipping service going for all these years. Whenever there's a mention of Bozo, he gets it. So he [hears about] it, and not only is he vain, but he's also very litigious, believe me. ... Anyway, his attorney sent a cease-and-desist letter to Alias [the band's label at the time] saying, "You can't print any more of those albums, and we're gonna sue you if you do."

It was only a 5-second sample on a little-known album on an indie record label, but, because of the lawsuit, when TMJ went to a major record label the Bozo sample was cut from the song.

Unfortunately I can't find a Youtube of the original version of "Clowns." But this fan-created video with a new intro is a lot of fun:

This next one needs no explanation:

Bozo might have hated them, but Newt Gingrich loved them. Again from the A/V Club interview: 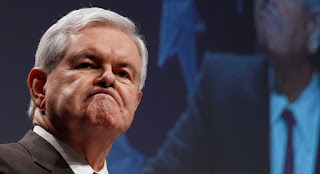 We have a diehard Too Much Joy fan who worked for the Republicans in 1994, when they took over Congress. ... He was working for the Republican committee to help get congress re-elected, so he was constantly in meetings with Newt Gingrich and Dick Armey and the steering committee and all these people. ... One night, Newt Gingrich was giving this rallying-the-troops speech where he was talking about how they were going to bring change. He was saying how some people said he was a destroyer, but that he wasn't a destroyer; it's just that sometimes you have to knock things down in order to build something newer and stronger and better. This guy, who's a big fan, got all excited and said, "Wait a minute, I have the perfect song for this occasion. He runs out to his car, gets Cereal Killers, runs back in, and starts playing "Theme Song." ... And, according to him, everybody loved it and basically put it on repeat. They kept playing it and playing it and swaying arm-in-arm and throwing glasses into the fireplace and singing along with "Theme Song."

Quirk didn't believe it and told the GOP fan as much. But a few months later, the fan came back a few months later with a letter from Newt  thanking the band for helping them win the congressional elections in 1994, and quoting the line, "To create, you must destroy."

I'm not a Gingrich fan, but I like the song also.

So smash a glass and cry, "too much joy"!