OPENING THEME: Let It Out (Let it All Hang Out) by The Hombres
You Can't Rule Me by Lucinda Williams
Ding Dong Dang by Daddy Long Legs
Cowboys are Square by Thee Mighty Caesars
I Started a Joke by The Dirtbombs
World of Freaks by Harry Perry
Do You Swing by The Fleshtones
Hunker in My Bunker by Dave Del Monte & The Cross Country Boys
Peter Cottontail by The Bubbadinos 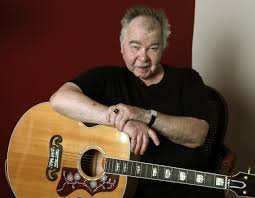 R.I.P. JOHN PRINE (all songs by Prine except where noted)

Everybody
In Spite of Ourselves by John Prine & Iris Dement
Donald & Lydia
It's a Big Old Goofy World
Please Let Me Go Round Again by Swamp Dogg & Prine
Just the Other Side of Nowhere by Prine & Mac Wiseman
Knockin' on Your Screen Door
CLOSING THEME: Over the Rainbow by Jerry Lee Lewis