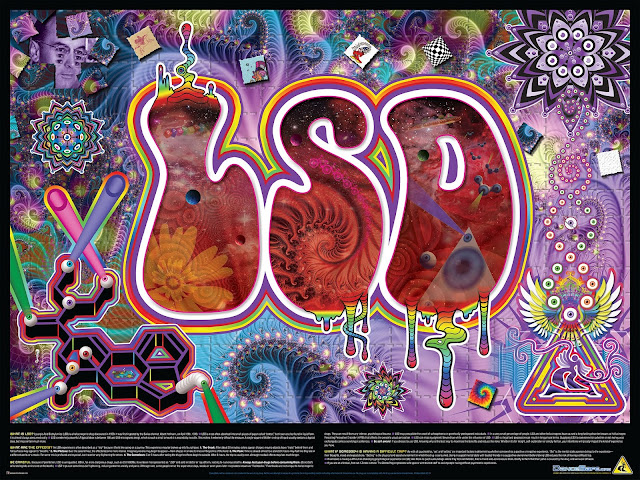 On April 16, 1943, a chemist named Albert Hofmann, was working at Sandoz Laboratories in Basel, Switzerland, when he accidentally absorbed a chemical he'd synthesized from a rye fungus. 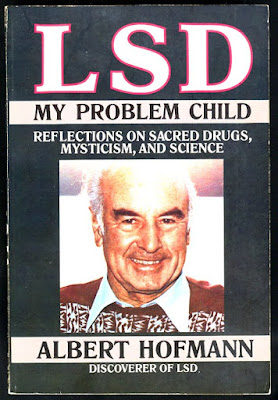 It was the very first acid trip in human history.

"Last Friday, April 16,1943, I was forced to interrupt my work in the laboratory in the middle of the afternoon and proceed home, being affected by a remarkable restlessness, combined with a slight dizziness," Hofmann later wrote. "At home I lay down and sank into a not unpleasant intoxicated-like condition, characterized by an extremely stimulated imagination. In a dreamlike state, with eyes closed (I found the daylight to be unpleasantly glaring), I perceived an uninterrupted stream of fantastic pictures, extraordinary shapes with intense, kaleidoscopic play of colors. After some two hours this condition faded away."

Though it must have been frightening, three days later, he intentionally took a larger dose of lysergic acid diethylamide-25, and took a little ride on his bicycle. Thus April 19 became known to acid heads as "Bicycle Day."

Everything in my field of vision wavered and was distorted as if seen in a curved mirror. I also had the sensation of being unable to move from the spot. Nevertheless, my assistant later told me that we had traveled very rapidly. Finally, we arrived at home safe and sound, and I was just barely capable of asking my companion to summon our family doctor and request milk from the neighbors. ... The dizziness and sensation of fainting became so strong at times that I could no longer hold myself erect, and had to lie down on a sofa. My surroundings had now transformed themselves in more terrifying ways. Everything in the room spun around, and the familiar objects and pieces of furniture assumed grotesque, threatening forms. ... Slowly I came back from a weird, unfamiliar world to reassuring everyday reality. The horror softened and gave way to a feeling of good fortune and gratitude, the more normal perceptions and thoughts returned, and I became more confident that the danger of insanity was conclusively past.

Despite those scary moments, Hofmann was convinced that LSD could be used in therapy for schizophrenics and continued his experimentation, with the blessings of his employer. Sandoz eventually  began manufacturing LSD and selling it, completely legally up through the mid '60s for research purposes.

But word got out about LSD and before you know it, and people who were not part of formal experiments started using it on their own. A counterculture was born.  There was backlash from the government, and what Hofmann called his "problem child" was criminalized.

But in the mid-60s, there were many songs inspired by LSD trips and with clever references to acid -- "Lucy in the Sky With Diamonds, "White Rabbit," and some even say Nancy Sinatra's "Sugar Town."

But some tunes were more specific. One of the coolest was one from an Albuquerque band called Fe Fi Four Plus 2:

Well, Eric Burdon did get a little clever with with this song. While he didn't sing the words "LSD," it's hard to get more specific than "Sandoz." As the Animal sang, "Strange things, very strange things, my mind has wings..."

Singing a decade later about marijuana, Peter Tosh sand, "Legalize it and I will advertise it." But Country Joe & The Fish wrote an LSD commercial soon after it was de-legalized.

Country singer Wendell Austin was closer in spirit to Fe Fi Four Plus Two. He too wanted to come back from the world of LSD. "I started using LSD, it gave me quite a kick / It's better than booze and easy to use, but it made me mentally sick ..."