THROWBACK THURSDAY: The Mysterious Case of the Non-Barking Dog 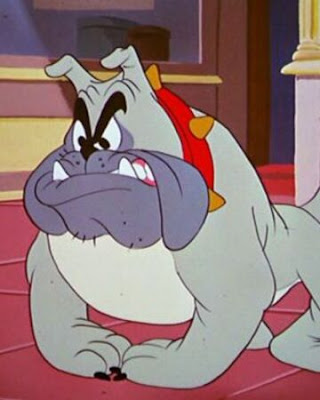 This week on Throwback Thursday, let's look at a recurring theme in the blues and soul music: a mean dog that somehow doesn't bark when a certain guy comes around -- the implication being the dog somehow already knows this guy, with whom the lady of the house also is friendly.

Though I suspect the concept is actually older, a singer named Prince Patridge recorded this song, "How Come My Dog Don't Bark (When You Come Around)?" in 1955.

In 1961, a singer named Roscoe Scully, while crediting Prince Patridge, released this version, featuring a "confrontation" between the frustrated dog owner his friend his mean hound doesn't bark at.

A few years later, soulman Howard Tate specified the breed of dog, as well as the suspected cuckholder, "Big Jim." Tate credited this version of the song to Sam Bell and Lorraine Ellison.

Bluesman Mickey Baker in the early '70s with a similar tune called "My Dog."

Venice Beach street singer Ted Hawkins did one of my favorite takes with "Bad Dog" in his 1985 album Happy Hour.

In the '90s, Dr. John took this dog to New Orleans