THROWBACK THURSDAY: The Cuckoo is a Pretty Bird

One of the strangest old folk songs I've ever heard deals with a bird that wobbles (or maybe warbles)  as it flies but rarely makes a noise until Independence Day. The song also warns gamblers of an evil card in the deck, the sinister Jack of Diamonds. And the narrator is building a cabin on a mountain, "So I can see Willie as he goes on by."

Who the heck is Willie?

I'm talking of course of "The Cuckoo," an old folk song that goes back at least to the late 1700s or early 1800s, when it first started appearing in British broadsides.

British folk song collector -- and singer -- A.L. Loyd explained some of the folklore surrounding "The Cuckoo":

Spring cannot start till the cuckoo sings. Perhaps that is why the cuckoo is a magical a bird. Turn your money when you hear him first and you'll have money in your pocket until he comes again. Whatever you're doing when you hear him, you'll do most often throughout the year. Especially if you're in bed. No bird is more oracular. It can prophesy how long a man will live and a girl remain a maid. There is no better omen for love than the song of the cuckoo, the beloved bird of folklore. On the other hand, he is the sly creature who gave us the word ‘cuckold’. The flattering invocation to the cuckoo in this widespread song is perhaps in the nature of a magical safeguard for the worried lover.

In writing about the song in his book Invisible Empire, Greil Marcus quoted Supreme Court Justice Oliver Wendell Holmes, who in 1872 said, "We Americans are all cuckoos. We make our homes in the nests of other birds.”

In the book, Marcus goes on to say that

The cuckoo -- the true parasitic cuckoo, which despite Holmes' choice of it for  national bird is not found in the United States -- lays its eggs in the nests of other birds.  It is a kind of scavenger in reverse: violating the natural order of things, it is by its own nature an outsider, a creature who cannot belong. Depositing its orphans, leaving its progeny to be raised by others, to grow up as imposters in another’s house, as America filled itself up with slaves, indentured servants, convicts, hustlers, adventurers, the ambitious and the greedy, the fleeing and the hated, who took or were given new, imposters’ names -- the cuckoo becomes the other and sees all other creatures as other. ... As a creature alienated from its own nature, the cuckoo serves as the specter of the alienation of each from all.

Here are just a handful of my favorite takes on "The Cuckoo" by folk, country, blues and rock 'n' roll artists.

The first known recording of the song was by a singer named Kelly Harrell, who gave us "The Cuckoo, She's a Fine Bird" in 1926.

Three years later, Clarence Ashley recorded it as "The Cuckoo Bird." Harry Smith included it in his 1952 Anthology of American Folk Music in 1952, which introduced ithe kooky cuckoo to a new generation of American musicians. The below video is Ashley in his older years.

Taj Mahal added a little funk to the cuckoo's nest.

Otis Taylor, also in 2000, released a version of "Cuckoo" on his album When Negroes Walked the Earth.  Some labeled Taylor's music as "trance blues." Call it what you want, I just call it intense.

Johnny Dowd always sticks to the strictest traditional renditions when he covers a folk song. Oh, did I say "always"? I meant "never."

But for me, the ultimate "Cuckoo" was done by Big Brother & The Holding Company, who had this chick singer named Janis Joplin. Janis and band titled it "Coo Coo." It appeared on their first album in a version that was less than two minutes. I like when they stretch out though. Here's a live video from 1968. 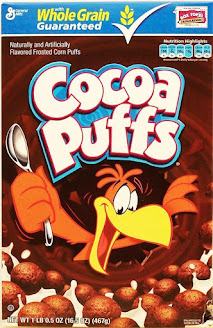 Hat tip to my pal and fellow KSFR jock Tom Adler, who recently sent me a link to the above Clarence Ashley video, reminding me what a wonderful song "The Cuckoo" is.