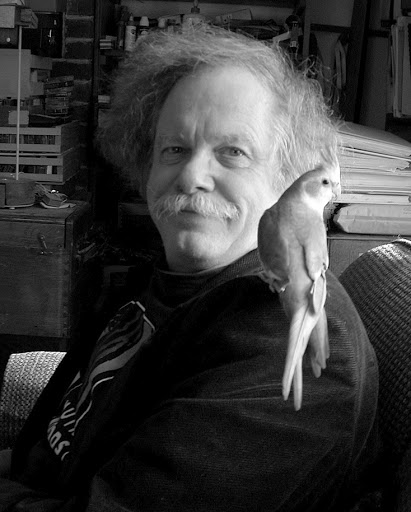 Let's start with the tragic story of a hippybilly boy, which might have been the first solo Sanders song I ever heard. It's from his first album, Sanders' Truckstop, and features musical hotshots David Bromberg, Bill Keith (from Jim Kweskin's Jug Band) and guitarist Patrick Sky as members of Sanders' backup band.

What's not to love about a yodeling robot who loves Dolly Parton?

Many fans of Alvin, Simon and Theodore never realized that the Chipmunks had a spiritual side. Sanders knew!

But I believe that Sanders' greatest musical character was a guy who was kickin' hippies' asses and raising Hell long before Jerry Jeff Walker's "Redneck Mother," and was reekin' atcha even before Frank Zappa's "Lonesome Cowboy Burt." I speak, of course of the legendary Johnny Pissoff, that rootin' tootin', gun totin', homophobic, racist, sexist Johnny Pissoff!

We first encounter Johnny when Sanders still was with The Fugs in a song called "Johnny Pissoff Meets the Red Angel" from their 1968 album, It Crawled into My Hand, Honest.

And just a year later, on Sanders' Truckstop, Pissoff rode again, in a song called -- for reasons I'm not sure of -- "The Iliad." It might make you hungry for lemon PIE.

So whatever became of Johnny? I heard a rumor that he's currently a deputy undersecretary of Donald Trump's Agriculture Departent.