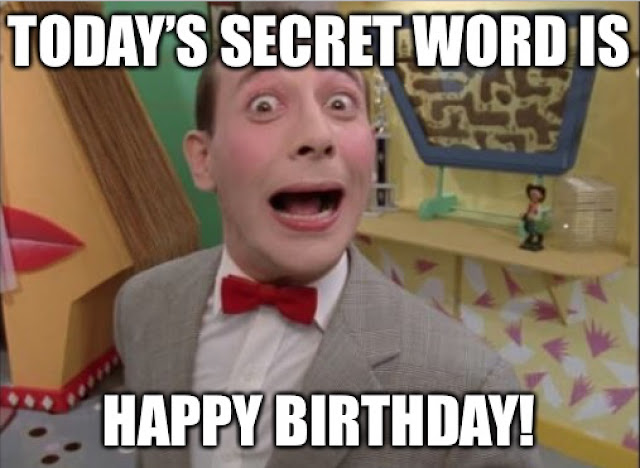 Sixty-eight years ago tomorrow, Paul Reubens, best known as his famous/infamous character Pee-wee Herman, was born.
Back in the mid-to-late '80s you could find me and my daughter, then barely out of toddlerhood,  glued to the tube every Saturday morning watching Pee-wee's Playhouse. At first I tried to say this was for my daughter's benefit.
But before long I realized that I was far more hooked than she ever was.
Yes, I realize that today Pee-wee is "problematic" (God, I hate that word!) and that by celebrating him here I'm opening myself up for some weapons-grade finger-wagging from social media scolds.
The cold, hard facts: Police in Florida arrested Reubens for jerking off in a porno theater in 1991 -- which is why Playhouse was cancelled. And about a decade later, he was arrested after police in Los Angeles, investigating actor Jeffrey Jones in a child pornography, raided Reuben's home in 2001 and confiscated photos from his collection of vintage "erotica and kitsch art." He was charged with misdemeanor of possessing child pornography, but later the charge was reduced. A judge sentenced him to three years probation.
But today on this blog let's have a musical celebration of the Pee-wee we knew all those decades ago.
First here's the song I usually heard about halfway through my first cup of coffee nearly every Saturday for a few years in the '80s.
The music is by Devo's Mark Mothersbaugh and the vocals by Cyndi Lauper.
Here is Pee-wee's famous interpretive dance to The Champs' "Tequila" in the 1985 classic film Pee-wee's Big Adventure.
A couple of years later Pee-wee sang this Trashmen hit in the comedy Back to the Beach starring Annette Funicello and Frankie Avalon.
Finally, here's an early hip-hop tribute by Joeski Love. And take note, the most noticeable dancer here, the guy in orange, is none other than Ice T!
Happy birthday, Pee-wee! 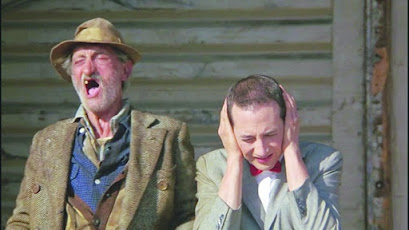