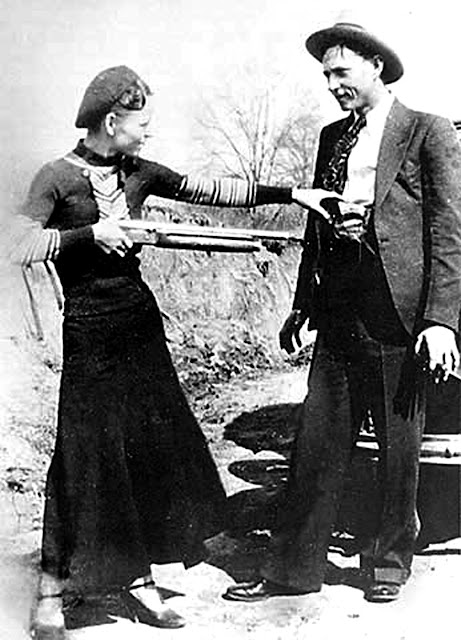 Bonnie Elizabeth Parker, one half of the infamous Depression-era couple known as Bonnie & Clyde, would have been 110 years old today.

However, this Texas girl never even lived to see the age of 24. She and Clyde Barrow were gunned down by police near Sailes, Louisiana in May 1934 following a multi-state armed robbery spree.

At the time they were killed in 1934, they were believed to have committed 13 murders and several robberies and burglaries. Barrow, for example, was suspected of murdering two police officers at Joplin, Missouri and kidnapping a man and a woman in rural Louisiana. He released them near Waldo, Texas. Numerous sightings followed, linking this pair with bank robberies and automobile thefts. Clyde allegedly murdered a man at Hillsboro, Texas; committed robberies at Lufkin and Dallas, Texas; murdered one sheriff and wounded another at Stringtown, Oklahoma; kidnaped a deputy at Carlsbad, New Mexico; stole an automobile at Victoria, Texas; attempted to murder a deputy at Wharton, Texas; committed murder and robbery at Abilene and Sherman, Texas; committed murder at Dallas, Texas; abducted a sheriff and the chief of police at Wellington, Texas; and committed murder at Joplin and Columbia, Missouri.

While they weren't as well known as John Dillinger, Pretty Boy Floyd, Baby Face Nelson or other famed outlaws of their day, more than 30 years after their killings, Parker & Barrow became tragic romantic figures thanks to the Academy Award winning Arthur Penn film Bonnie & Clyde, which starred Faye Dunaway and Warren Beatty.

And the phenomenal success of that movie sparked several songs.

This dorky little tune by British Invasion rocker (and future Van Morrison sideman) Georgie Fame was a top 10 hit in 1967:

Merle Haggard released his take on the outlaw couple in 1968:

Bluegrass giants Lester Flatt & Earl Scruggs provided the soundtrack to Penn's movie, with their instrumental "Foggy Mountain Breakdown" becoming a crossover hit. In 1968 the duo released a bluegrass "concept" album called The Story of Bonnie & Clyde. Tom T. Hall wrote lyrics to this song and several others on the album.

Jazz singer Mel Torme got in on the action in 1968:

And beyond America's shores, Serge Gainsbourg and Brigitte Bardot (!!!!!) released this song in 1967.

Just last year, a Danish band called Volbeat did a schlock-rock tune called "The Awakening of Bonnie Parker" featuring lyrics like "Dear Clyde, I'm waiting for you / Now wake up my love/ Our time has come to shine ..." 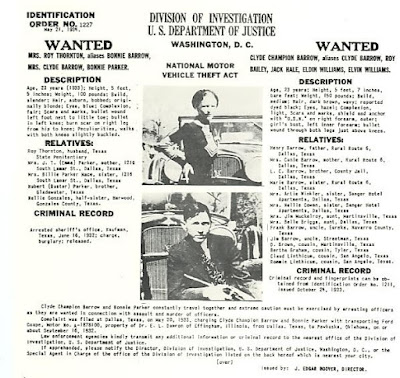