Just a few days before Halloween, it's a good time to celebrate a ghoulishly catchy singalong written by the late Roky Erikson: "I Walked With a Zombie."
The song comes from Roky's classic horror era, when he was cranking out titles like "Bloody Hammer," "If You Have Ghosts" and "Don't Shake Me, Lucifer." (Although the original 1981 copy of The Evil One by Roky Erikson & The Aliens -- a cassette tape recording of my pal Alec's LP -- didn't have the song, subsequent CD releases do.
The title of the song comes from a 1943 movie directed by Jacques Tourneur for RKO. It's the tale of a nurse who "is hired to care for the wife of a sugar plantation owner, who has been acting strangely, on a Caribbean island." It's basically a rewrite of Charlotte Bronte's 1847 novel Jane Eyre. except it's set in the Caribbean.  And it's got zombies.
Here's the trailer for the movie:

Getting back to Roky's song, as I said above, this tune is a singalong. The lyrics are simple:
I walked with a zombie
I walked with a zombie
I walked with a zombie last night
It's so simple, other musicians found it easy to cover. Here are a few of those, starting with Jack Oblivian, who's leading some kind of zombie uprising on the streets of Memphis:
Mike Edison (The Raunch Hands, Edison Rocket Train, etc.) also walked with a zombie:
As did Cheetah Chrome, with the band Dead City, whose singer,  Joe Dias, took a few little liberties with the lyrics:
I hated the first cover of "Zombie" I heard. This was by R.E.M. for the 1990 Roky tribute album, Where the Pyramid Meets the Eye. Onenthing that pissed me off was when Michael went into a corny Boris Karloff imitation in one of the latter verses. When I reviewed the album for Terrell's Tune-up, I wrote somethingn to the effect of "Michael Stipe never walked with no zombie. But Roky Erikson did."
And here's Roky's famous walk:
Have a safe and meaningful Halloween! 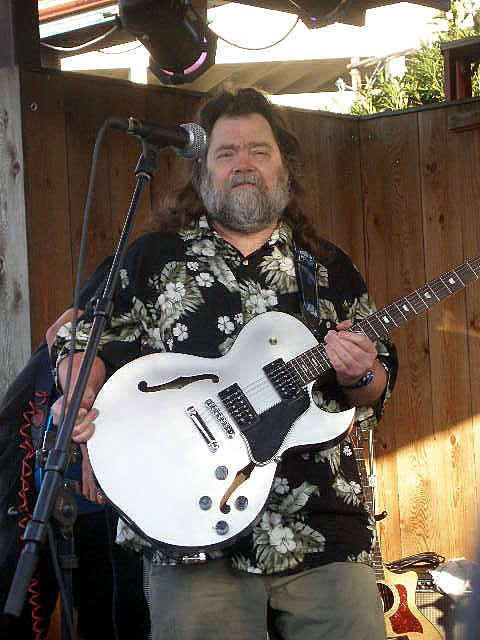 For more deep dives into songs, check out The Stephen W. Terrell Web Log Songbook
And if you like spooky music, check out the latest Big Enchilada podcast, Spooktacular 2020
at October 21, 2020