OPENING THEME: Let It Out (Let it All Hang Out) by The Hombres
Poor Gary from the Gallows by Harvey McLaughlin
Over You by The Cavemen
Teen Angel by Dirty Fences
Julio Iglesias by Butthole Surfers
All I’m Saying by Alien Space Kitchen
Rats in My Kitchen by The Fleshtones
Ain’t Your Choir by Churchwood
One Dark Day by Dave Del Monte & The Cross Country Boys
Don’t Make Me Pregnant by Miss Tammy Faye Starlite 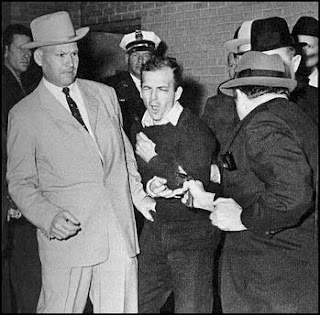 November by The Rockin’ Guys
Back and To The Left by JFn’K
Lee Harvey by T. Tex Edwards
Jack Ruby by Camper Van Beethoven
Memories of Kennedy by Hasil Adkins
I Want to Know Why by James & Fannie Brewer
Get Outta Dallas by Mal Thursday & The Cheetahs
A Tragedy in Dallas by James Dotson
He Was a Friend of Mine by The Byrds
(Background Music: Jack Ruby by Roland Alphonso)
Way Down in the Hole by Tom Waits
Hand Sanitizer by The Terrorists
Up in Her Room by The Seeds
Turtles All the Way Down by Sturgill Simpson
(Background Music: Perry Mason Theme by Bloodless Pharoahs with Brian Setzer )
Make It Mine by The Howlin’ Max Messer Show
You Don’t Want Me by The Compulsive Gamblers
When I Turn Off the Living Room Light by The Kinks
Postcards from Italy by Beirut
Hand of God by Soundgarden
In God’s Eyes by Willie Nelson
CLOSING THEME: Over the Rainbow by Jerry Lee Lewis

Subscribe to The Big Enchilada Podcast CLICK HERE
Did you miss the show when it aired? Play the JFK set below:
at November 22, 2020