OPENING THEME: Let It Out (Let it All Hang Out) by The Hombres
The Great Banana Hoax by The Electric Prunes
He Looks Like a Psycho by The Electric Mess
Diddy Wah Diddy by Captain Beefheart
Funky But Chic by David Johansen
You Can't Judge a Book by Its Cover by Bo Diddley
Hooky Wooky by Lou Reed
All Too Much by Stan Ridgway
White Hat by Joe "King" Carrasco
Call Me by Southern Culture on the Skids
A 5 Anos de Aca by Rolando Bruno
That's Alright with Me by Knoxville Girls
Fanny Pack by The Barbarellatones
No Suden Moves by Dengue Fever
Wonderlust King by Gogol Bordello
Livin' for the City by The Dirtbombs
Mystic Eyes by Them
The Girl Can't Help It by Little Richard
Happy Birthday Link Wray 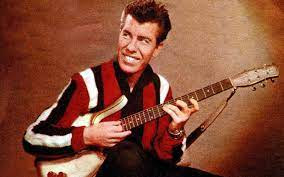 Run Through the Jungle by Link Wray
Red Riding Hood and the Wolf by Bunker Hill with Link Wray
Rumble by Link Wray
Flat Foot Floozy by NRBQ
Devil Whistle Don't Sing by The Devils with Mark Lanegan
I Ain't by Dinosaur Jr.
Bloody Mary Morning by Willie Nelson
Tangled Web by Harvey McLaughlin
Piss on the Fire by Churchwood
A Lion in the Jungle by Carl Perkins
Samson and Delilah by Tom Jones
Summer Wages by David Bromberg
Lucky Day by Tom Waits
CLOSING THEME: Over the Rainbow by Jerry Lee Lewis