THROWBACK THURSDAY: Pass That Bottle to Me 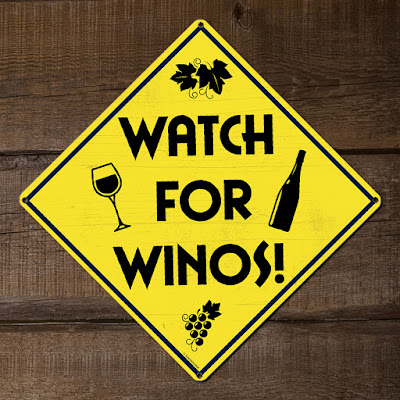 Granville Henry McGhee, nicknamed "Stick" or sometimes "Sticks," was in the Army when he heard what Allmusic describes as "a ribald military chant" about the joys of getting drunk off the fruit of the vine. This tune allegedly had a refrain that went  “Drinkin' wine motherfucker, drinkin' wine, goddamn!"

But Stick, who was the younger brother of bluesman Brownie McGhee, decided to make it more radio friendly and instead of singing "motherfucker," he substituted a nonsense phrase from an older song -- a wonderful example of creative bowdlerization.

McGhee first recorded "Drinkin' Wine Spo-Dee-O-Dee" in 1947 for the Harlem label. But the song didn't become a hit until 1949 when McGhee signed with Atlantic Records and re-recorded it in 1949. In that second version, McGhee moved the wino action from St. Petersburg to New Orleans.

The mysterious phrase "spo-dee-o-dee" came from a song by that name by Lovin' Sam Theard, a former circus worker from New Orleans who wrote or co-wrote songs including "(I'll Be Glad When You're Dead) You Rascal You" and the Louis Jordan hit "Let The Good Times Roll."

Not much here in the way of vino in this Theard song, but it's got a similar spirit of wild abandonment as McGhee's tune. (Later Theard would record and perform under the name "Spo-Dee-O-Dee.")

Following McGhee's hit in 1949, several big names recorded the song that same year. It was a natural for jump-blues shaman Wynonie Harris:

Also in 1949, Lionel Hampton brought some good vibes (I sincerely apologize for that) to "Wine Spo-Dee-O-Dee":

And here's a guy named Jerry Lee Lewis. I got my first belt of wine spo-dee-o-dee back in the early '70s, with the version the Killer cut with a bevy of British rock stars. But he'd recorded the song before, on his 1966 album Memphis Beat.

One of my favorite latter-day versions is an acoustic version by British folk-rocker Richard Thompson:

Here's where things start getting weird.

It's likely that many traditionalists consider Ubu's song to be blasphemous. But come on, you wanna hear some blasphemy? Let me introduce you to a guy named Pat Boone ...

So have some fun, spo-de-o-dee!