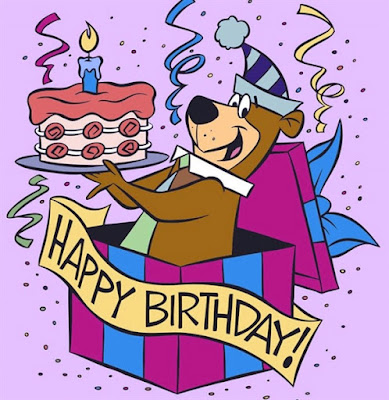 Today would have been the 111th birthday of William Hanna, who, with partner Joseph Barbera, was part of an animation team that produced some of the most memorable cartoon characters of my childhood. And he was born in what was then New Mexico Territory in the town of Melrose.

It's true, as was the case of a lot of cartoons of their era, that the Hanna-Barbera cartoons suffered from poor quality, especially compared with the Disney, Warner Brothers and Fleischer cartoons of preceding decades.

But as I said above, so many of the characters Hanna and Barbera created are immortal. And many of  their theme songs still are stuck in my skull.

Here are a few of those, starting with ol' Huck:

Here's one greater than the average theme song

Here's a song my cat, Little Darrell Terrell loves the best, though he insists that he's the top cat around here:

And finally, this one probably is the best known Hanna-Barbera theme. I can't help myself but I'm using the B-52s' version, which was used in that horrible live-action Flintstones movie from the '90s. They were a band that never was afraid of being cartoonish:

Have a Yabba Dabba Doo birthday in the Great Beyond, Mr. Hanna! 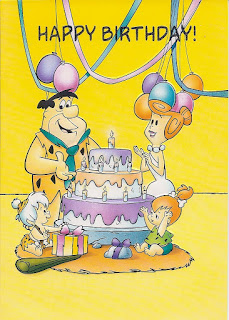