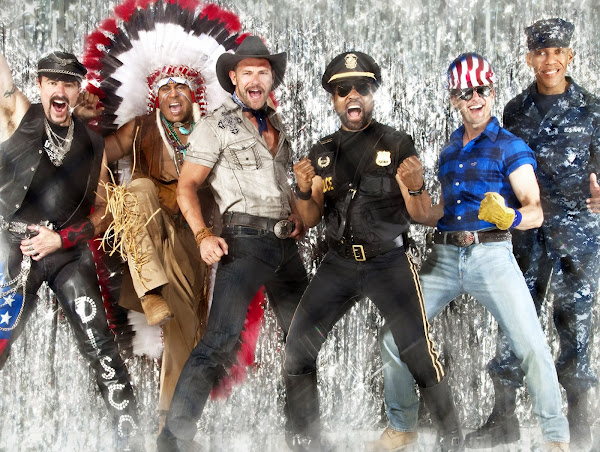 Although this flamboyant disco ensemble hasn't had any hit songs since their late-'70s glory daze, their biggest hit, 1978's "YMCA" is known to practically everyone. Hell, they even play it at Trump rallies. To a lesser extent, VP songs like "Macho Man," "In the Navy" and "San Francisco" still ring a few bells in the national consciousness.

But beyond those songs, practically all of The Village Peoples' joyous repertoire has sunk beneath our wisdom like a stone. But Hell's bells, the group produced five studio between 1977 and 1980, and a few more after that. So let's dive into the lesser-known material of this disco powerhouse, shall we?

Here the boys expressing their support for law-enforcement with a song called "Hot Cop."

On this one, the Villagers praise Fire Island. According to the website FireIsland.com, "A weekend on Fire Island gets you back to nature. With all the biking, hiking, swimming, surfing, beach volleyball, kayaking, and tennis, you can finally break free of that monotonous gym routine." And according to the testimony of one happy visitor,  it's the "Best place on earth! Grew up in Ocean Bay Park. Still remember crawling around in diapers ..."

They even shared a Bible story:

At the end of the Me Decade, the group asked an important question: Are you "Ready for the '80s"? Sadly, I don't think The Village People were.

It never got much radio play, but here is a latter-day Village People tune circa 1985, a song about a favorite hobby of millions, "Sex Over the Phone" (There's a new lead singer here: Ray Stephens, not to be confused with this guy):