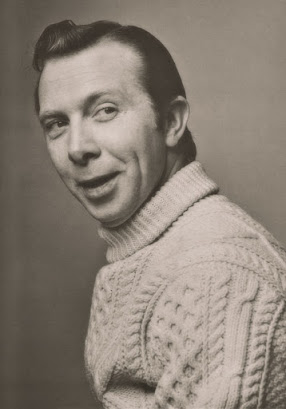 On this day 89 years ago, Tommy Makem, who with his pals The Clancy Brothers helped popularize traditional Irish music in the U.S. during the 1950s and '60s, was born in County Armagh in Northern Ireland.

Makem, whose parents both were musicians, emigrated to these United States in 1955, first going to Dover, New Hampshire

According to his obituary in The New York Times:

His uncle took him to New York in 1956 for the St. Patrick’s Day parade, at which he met two of the Clancy brothers, Paddy and Tom. He already knew Liam Clancy, who soon returned from Ireland and joined the group. After one of their first appearances, Pete Seeger, the folk singer, and Alan Lomax, the folklorist and musicologist, encouraged them. Bob Dylan, in the early days of his career, solicited songwriting tips from Mr. Makem.

Tommy, who played banjo, tin whistle and other instruments, began recording with the Clancy boys as a group for Tradition Records. Their first release together was titled The Rising of The Moon: Irish Songs of Rebellion. After an appearance on the Ed Sullivan Show in 1961, the group signed with Columbia Records.

Makem left the Clancys in the late '60s to pursue a solo career, but he always was best known as the Clancy Brother who wasn't really a Clancy Brother. In 1975 he teamed up with his old bandmate Liam Clancy to form a duo that lasted 13 years.

So let's get on with the music.

Here's Tommy with the Clancys on Ed Sullivan in 1961:

Here Tommy & The Clancys perform "We Want No Irish Here" at a 1963 White House event for President John F. Kennedy: