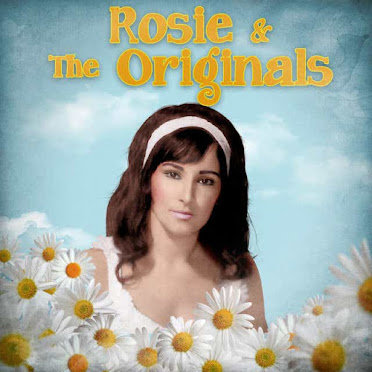 Rosie Hamlin was born in Oregon and was living near San Diego when in the early '60s she recorded the haunting doo-wop ballad "Angel Baby" with her group Rosie & The Originals.

But New Mexico also has a claim to Rosie. For one thing, some locals have called her most famous song "the national anthem of the South Valley." And in fact, Rosie was living in Belen at the time of her death in 2017. (I don't know how long she lived there). Years before her death, Rosie she'd stopped performing for health reasons.

Here's the original by Rosie & The Originals:

John Lennon reportedly has called this tune "one of my all-time favourite songs.” He recorded it in 1973 for his covers album Rock 'n' Roll, but somehow "Angel Baby" didn't make the final cut. It wasn't released until the mid 1980s, several years after Lennon's death.

The 1995 movie "My Family"  had a scene featuring Jeanette Jurado as Rosie Hamlin singing ... you guessed it!

Back around the turn of the century, an Angel from Northern New Mexico, Angel Espinoza did an updated, Spanish language version of Rosie's original, which she called "Mi Angelito 2000."

Finally, here's my favorite version of "Angel Baby." It was recorded nine years ago by Alice Bag (Alicia Armendariz) of the L.A. punk group The Bags. Alice dedicated the song to her older sister Yolanda, who died of cancer a few years before. And Yolanda actually had a boyfriend -- who later became her husband -- named Angel, Angel Lujan. (Read Alice's harrowing account of her sister's cancer HERE.) "This song will always remind me of you, Sis."