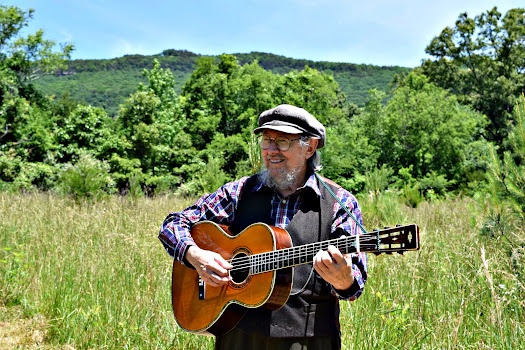 Master picker Norman Blake, whose talents on guitar, dobro, mandolin, fiddle, and banjo as well as his Tennessee-soaked vocals have amazed and delighted country and bluegrass fans for decades, turns 84 today!

Even if you don't recognize his name, if you're a fan of the O Brother Where Art Thou soundtrack, or the classic 1972 hillbilly collaboration Will the Circle Be Unbroken -- or certain seminal records by the likes of Johnny Cash, John Hartford, Bob Dylan, Kris Kristofferson, Steve Earle and others -- you have heard the music of Norman Blake. (I probably first heard him on Dylan's Nashville Skyline.)

Blake was born in 1938 in Chattanooga. According to a 2003 article in Vintage Guitar:

His career started when he left school at age 16 to be a professional musician. Early jobs included playing fiddle, dobro, and mandolin in country dance bands before a short stint in the Army. After serving, Norman worked with June Carter, then Johnny Cash when Cash’s regular dobro player couldn’t make a session. He stayed with Cash’s band for over 10 years.

Here is what I believe is Blake's finest moment with Cash. His dobro shines, though Cash's crazed vocal track almost makes you worry that he's going to go off the rails and start murdering his band.

Blake began his "solo" recording career (often sharing credits with his wife Nancy and other collaborators) in the early 1970s. Here are a couple of tunes from Norman or Nancy:

This is a favorite from 2001, Blake's version of an Uncle Dave Macon song, "All Go Hungry Hash House":

I looked for, but couldn't find a Youtube of Norman's "Precious Memories (Was a Song I Used to Hear)," which was written by our mutual friend and Santa Fe picker Jerry Faires. But here's that song on Spotify (I know, I know ...) by Norman & Nancy:
But this is my favorite Norman Blake song of all time, "Last Train from Poor Valley":