A version of this was published in The Santa Fe New Mexican
November 6, 2008

Meanwhile, with the likelihood of several new Democratic faces in the state Senate, Gov. Bill Richardson said Wednesday there’s a better chance he’ll be able to get along with the Legislature’s upper chamber. The Senate in the past has been a major stumbling block for Richardson initiatives, such as health care reform.

While insisting that he never interferes in legislative leadership battles, Richardson at a news conference blasted one of his chief critics in the Legislature, Senate President pro tem Tim Jennings, D-Roswell. 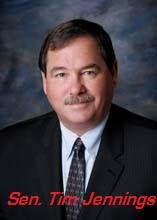 And, in a race that turned out not so close, incumbent Sen. Diane Snyder, R-Albuquerque, was defeated by Democrat Tim Eichenberg by a margin of nearly 13 percentage points.

On the House side, three incumbent Albuquerque conservatives were trailing Democrats:

Challenger Bill O’Neill was ahead of Rep. Teresa Zanetti by four percentage points. Benjamin Rodefe was beating Rep. Eric Youngberg by 413 votes. The closest House race was in District 30, where Rep. Justine Fox-Young was 155 votes behind Democrat Karen Giannini.

Provisional ballots are cast by people who show up at the polls and find their names aren’t listed on the rolls, or by those casting votes away from their home precincts. It is up to county clerks to determine which provisional ballots will be counted, and traditionally about half eventually are thrown out.

Provisional ballots caused a major problem in February’s Democratic Party presidential caucus. In the extremely close race between Barack Obama and Hillary Clinton, it took about two weeks for a final vote count. The caucus was run by the party, but voter rolls were provided by the state.

But even though the latest vote count isn’t final, Senate Majority Leader Michael Sanchez, D-Belen, on Wednesday issued a news release in which he welcomed Eichenberg, Fischmann and Sapien to the Senate. “I met with and offered my support and assistance to all of the candidates immediately following the primary election. It is difficult to unseat an incumbent and I am gratified to see that we were successful in those races,” Sanchez said.

Richardson on Wednesday told reporters he hopes newly elected Democratic legislators tend to be progressives, “and this will allow the Legislature to push for new progressive initiatives and new opportunities for change.”

In addition to new senators who won or may have won Tuesday, some other new progressive Democrats claimed seats in the primary, including Eric Griego and Tim Keller of Albuquerque. Also, Peter Wirth of Santa Fe, who has been a House member for four years, won an unopposed Senate seat.

Asked whether he was hoping for a change in Senate leadership, Richardson demurred, then added, “But I think Sen. Jennings is going to have to answer to his caucus on how he interfered against a Democrat in a race, a Democrat who happened to win.”

He was referring to the Rawson/Fischmann race. Jennings recorded a “robo call” on behalf of Republican Rawson’s campaign in which he took “a stand against the character assassination” of Rawson by Fischmann.

The Democrat had pounded Rawson on several issues, including his use of more than $100,000 in public money to pave a road adjacent to a commercial development he owns. Jennings has said a group supporting Fischmann called his home Roswell one day and suggested that Rawson is a “crook.”

Richardson also criticized Jennings for sending a letter to school superintendents across the state, which warned that because of budget shortfalls some school districts might have to lay off personnel — even though Richardson has said his budget won’t call for layoffs. The letter, the governor said, was “irresponsible and premature.”

Regarding the recorded-phone-call issue, Jennings said Wednesday that while he didn’t endorse Rawson, “If someone is spreading lies about someone, I’m not going to sit and say, ‘Go ahead.’ ”

On the school letter, Jennings said he was only trying to warn school officials to start looking for ways to trim their budgets so they won’t have to lay off anyone. He said he sent the letter because he was chairman of the Senate Education Committee in the early ’80s, when the state had similar budget problems.

“Obviously when the governor is mad, he lashes out at you and goes into attack mode,” Jennings said. “I don’t have to run every letter I send by the governor. He never runs his letters by me.”

Wirth said Wednesday he’s not aware of any leadership challenges in the Senate. “I’ll be watching and listening to see what develops.”
at November 06, 2008