A version of this was published in The Santa Fe New Mexican
November 13, 2008 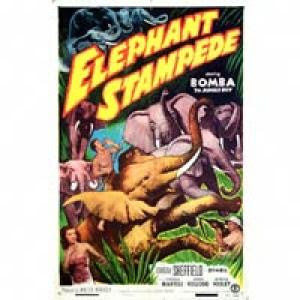 If nothing else, you have to admire their fighting spirit.

Every week, the state Republican Party sends out an e-mail newsletter called The Weekly Stampede, which normally consists of party news, announcements from GOP officials, news stories about dumb things Democrats have done or said in the past week. Stuff like that.

Last week, there was a general-election stampede. But it was the Republicans who got trampled — in this state more than many others.

Barack Obama won the state’s five presidential electors by a wide enough margin that we don’t have to hear the political Right moan that ACORN had torn the fabric of democracy (or listen to the Left whine that Haliburton secretly programmed all the ballot scanners.) The GOP also lost the U.S. Senate seat held for 36 years by Pete Domenici, all three Congressional seats (including two that have been held for years by Republicans), and, assuming no last-minute vote-canvass surprises, a net loss of six seats in the state Legislature.

Nobody, not even the most cynical reporter, would have held it against the state Republican Party if they didn’t publish the Weekly Stampede after a week like that.

Friday’s Stampede doesn’t mention anything about losing the U.S. Senate seat, U.S. House seats or any of the legislative races. No mention of any fallen GOP candidates like Steve Pearce, Darren White, Ed Tinsley, Leonard Lee Rawson or Justine Fox-Young.

Besides some routine announcements about various upcoming county party meetings, there’s no news about New Mexico Republicans at all — just three national news stories. There’s a CNN article about a study that shows “voter turnout in Tuesday’s election was the same in percentage terms as it was four years ago — or at most has risen by less than 1 percent.” There’s a piece from Politico that basically poo-poos the idea that the youth vote was a major factor in the election, as some had predicted. And there’s a Fox News report about U.S. Senate Republican leaders making overtures to U.S. Sen. Joe Lieberman, the former Democratic vice presidential nominee who campaigned hard for Sen. John McCain.

A small ray of light for Republicans: Nobody can deny that Lea County, down in the southeastern New Mexico oil patch, is a Republican stronghold.

Last week, according to unofficial returns, McCain beat Obama by a margin of 71.6 percent to 27.4 percent. McCain’s margin over Obama was more than 2,700 votes larger than George W. Bush’s margin over John Kerry in the county in 2004.

Only trouble is, Obama got well over twice the votes Kerry did in that county four years ago. His loss to McCain there was a landslide by any measure. But it was less of a landslide than in the Bush/Kerry race, in which the Republican got about 77 percent of the vote there while the Democrat received only about 22 percent.

The Obama campaign never claimed it would take Lea or other hard-Republican counties. Their goal was to cut into the Republican advantage. That strategy seemed to pay off. For instance, in conservative Chaves County, Obama got nearly 1,500 more votes than Kerry did there in 2004, while McCain received about 1,100 fewer votes than Bush did four years ago. McCain got nearly 62 percent of the vote in Chaves, compared with Obama’s 37 percent.

Merry Christmas, turn out the lights: We might get a white Christmas, but over at the state Human Services Department, it might not be a bright Christmas.

HSD offices have been instructed by Secretary Pam Hyde to not use any blinking lights, electric candles or other plug-in decorations to bring holiday cheer to the workplace.

It’s part of the state budget squeeze, a spokeswoman for the department confirmed. It goes along with an Oct. 23 memo from Gov. Bill Richardson to state workers calling for the conservation of energy. Richardson’s memo said the energy conservation effort is part of a plan to save $2 million in state operating costs.

As one HSD manager told employees in an e-mail last month, “You will have to stick with mechanial/non-electric (decorations) or paper or other materials that do not use electricity or create a hazard. ... things like this could mean the difference between whether we can prevent additional hiring reductions.”

In other words, red and green lights could result in pink slips.

Maybe some taxpayers will feel so bad about this they’ll donate those $25 and $50 rebate checks that the state sent out a few weeks ago, back when the state budget seemed less critical, so HSD workers can enjoy some Christmas lights. Hauntingly familiar? The Anchorage Daily News this week published an article about challenges that unsuccessful Republican vice presidential candidate Gov. Sarah Palin will face in her state, especially if she’s going to run for president in 2012.

“For the rest of her career in Alaska, every move Palin makes will be second-guessed for ulterior motives,” reporter Tom Kizzia wrote. “Is she taking on this or that priority because it’s good for the state or because it looks good on her résumé?

“If she travels to New Hampshire to meet with Republicans, is the state paying for her long-distance calls home?” Kizzia wrote. “Who decided to put the governor’s photo on that tourism brochure? Imagine the snarkiness that will erupt if she flies off to meet industrialists in China or oil ministers in Geneva ...”

Luckily such a situation never could happen in New Mexico.
at November 12, 2008