A version of this was published in The Santa Fe New Mexican
December 11, 2008

Four years before Illinois Gov. Rod Blagojevich was arrested for alleged corruption, he and New Mexico Gov. Bill Richardson were partners in a deal involving exports from France.

But it’s not as sinister as it sounds.

Blagojevich, according to a Nov. 5, 2004, report in this newspaper, had arranged to buy 300,000 flu vaccine shots from Aventis Pasteur’s manufacturing plant in France. Richardson arranged to piggyback on that deal and purchase 150,000 doses for New Mexico. 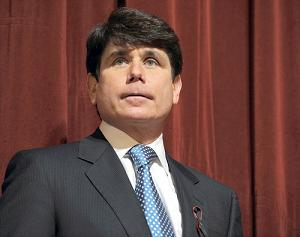 The two governors announced that plan at a teleconference. New Mexico reporters were invited to listen in at the Governor’s Office.

I missed that event. But I was one of only two reporters to attend a news conference about six months later in which Richardson welcomed Eliot Spitzer, then running for governor of New York. Spitzer was in town for a $500-a-ticket fundraiser at the home of his friend, art-gallery owner Gerald Peters. The main thing I remember about that event was Spitzer joking about the large marble table in Richardson’s Cabinet Room.

“Where does King Arthur sit?” quipped the later-to-be-disgraced Spitzer.

Spitzer resigned in March after The New York Times exposed his involvement with a prostitution service.

Blagojevich is still governor — as of Wednesday evening as I write this — despite his arrest on multiple charges of corruption, including a scheme to sell, to the highest bidder, the U.S. Senate seat being vacated by President-elect Barack Obama.

In fairness to Richardson, who served two terms as chairman of the Democratic Governors Association, he’s met with many governors, the overwhelming majority of which have not ended up in crazy scandals.

But we in New Mexico should be grateful to Blagojevich. Not just for the flu shots, but for whipping up an alleged corruption scheme that makes Robert Vigil and Manny Aragon seem like amateurs.

Looking out for No. 2: Most of the media speculation about who Lt. Gov. Diane Denish might choose for her replacement has centered around State Auditor Hector Balderas, state Rep. Lucky Varela, D-Santa Fe, and Lawrence Rael, executive director of the Mid-Region Council of Governments. That is, assuming Richardson is confirmed as commerce secretary and Denish moves on to the Governor’s Office. 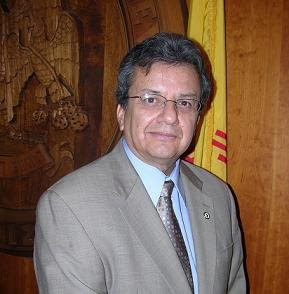 But, according to one Roundhouse rumor, a dark horse might be high on Denish’s list for lieutenant governor: Veterans Affairs Secretary John Garcia.

Garcia, as keen observers might recall, is the one cabinet member who appeared with Denish at that Albuquerque news conference when the talk of Bill Richardson becoming commerce secretary first broke. Those hoping for Garcia’s appointment speculate Republicans in 2010 might nominate Heather Wilson for governor, who is likely to stress veterans’ issues. Garcia on the ticket could help blunt that, his fans say.

Garcia is a Vietnam vet who served from 1969 to 1970. He was deputy chief of staff for Gov. Bruce King and later secretary of the Economic Development Department. Prior to his time in state government, Garcia’s headed the Albuquerque Hispano Chamber of Commerce.

Denish, who appointed a transition team Wednesday, consistently has said it’s too early to be talking about her choice for lieutenant governor.

Speaking of the Commerce appointment: A former Richardson press aide this week wrote a column for McClatchy Newspapers about the governor taking on the new position, predicting big things for both Richardson and the Department of Commerce.

The writer is Richard Parker, who worked for Richardson during his congressional years.

Despite his former employment by Richardson, Parker said in his piece that “I am no cheerleader for Richardson.” He says he endured “several years of contentious coverage of him for the Albuquerque Journal.”

But he does sound a little like a cheerleader here.

“Ambitious even for a politician, Richardson will likely seek to transform the job and position himself as the most public Cabinet figure in righting the domestic economic disaster and transforming international trade. In doing so, he will form ties here and abroad that may ultimately write his biography in political history as a senior statesman, if never a president. As a result, more people may be affected by the new secretary than any other Cabinet figure.”

Parker wrote, “Richardson is as much a realist as a careerist. It seems likely that he has arranged with the president-elect to lift the commerce post out of obscurity and into an ‘A’ position, effectively and even formally alongside state, defense, treasury and others. And that means activism. Further, when you consider the other economic appointments, none is as capable, or likely willing, to be a public point man as Richardson.

“As an ambitious politician he may be able to get to the vice presidency, say, but more likely emerge as an elder statesman, probably with a lot of cushy, corporate board seats, too.”
at December 11, 2008