A version of this was published in The Santa Fe New Mexican
December 12, 2008

Note: I didn't actually do a column this week, but I contributed these reviews to the Christmas music review section. 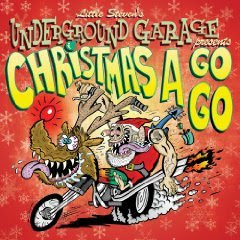 The Brian Setzer Orchestra breezes through “Santa Drives a Hot Rod” with their signature neo-swing treatment. And a reconstituted Electric Prunes fuzz up “Jingle Bells,” declaring Christmas “the most psychedelic time of the year” with “all those colored flashing lights. A guy flying around in the sky with animals. Elves. And then there’s those bells.”

Those of us who are into these sorts of guilty-pleasure treasures should love Joe Pesci’s “If It Doesn’t Snow on Christmas” (He’s funny. Like a clown.) and Soupy Sales’ “Santa Claus Is Surfin’ to Town.” (If you have to ask who Soupy Sales is, look him up on YouTube.) And there’s a goofy melding of “Silent Night” and “Norwegian Wood” by a group calling itself “The Fab Four.” If you like the Phil Spector “wall of sound,” there’s plenty of that, the best of which is Spector survivor Darlene Love’s “All Alone on Christmas.”

But the real delights of this album are a couple of Southern-fried Santa songs by soul shouters Rufus Thomas (“I’ll Be Your Santa, Baby”) and Clarence Carter (the double-entendre heavy “Back Door Santa”) as well as a Bob Seger rarity “Sock It to Me, Santa,” which sounds more like an ode to fellow Michigander Mitch Ryder than to Mr. Claus. 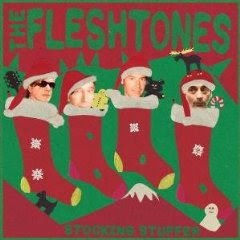 * Stocking Stuffer by The Fleshtones(Yep Roc Records) I can’t believe that just a few months after releasing one of my favorite albums of the year, Take a Good Look, The Fleshtones — that veteran garage rock (or as they call it, “super rock”) band from Queens, New York — are back with another album. This time it’s a Christmas album. There are 11 quickies here in a fast-moving shebang that lasts less than a half-hour.

The songs include “Christmas With Bazooka Joe” (bubble-gum music in the truest sense); “Champagne of Christmas”; “Six White Boomers,” a yuletide tribute to AC/DC (boomers, as an Aussie voice explains at the start of the song, are kangaroos); and, of course, “Super Rock Santa.” Chuck Berry’s “Run Rudolph Run” isn’t a very original choice as I mentioned in the Christmas a Go Go review. But The Fleshtones make the best of it.

I do dig the Joe Meek/Del Shannon “Runaway” organ in the opening number “Hurray for Santa Claus.” The last song, “In Midnight’s Silence,” is actually a religious song. True, the band sounds like Catholic schoolboys who have slowed it down under threats from a ruler-yielding nun. But Stocking Stuffer still sounds supercool.
at December 11, 2008