BIG ENCHILADA PODCAST 11: AN AMERICAN IS A VERY LUCKY MAN 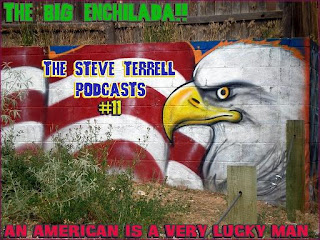 Hey Baby, it's the Fourth of July! (Well, almost.)
This month The Big Enchilada is going to look at life in the USA, the wonders, the weirdness, the inspiration, the insanity. It's one firecracker of a show, featuring music by Chuck Berry, The Blasters, The Fleshtones, The Dictators, The Dick Nixons, Wayne Kramer, Drywall Jon Langford, Shane McGowan, Dave Van Ronk, Fred Waring & His Pennsylvanians and much more.

You can play it on the little feedplayer below: