eMUSIC: WHAT A REVOLTIN' DEVELOPMENT

As longtime readers of this blog know, I've been a rabid defender of the music download subscription service eMusic. I faithfully post each month's downloads in hopes that readers can appreciate, and maybe even try out some of the cool obscure and forgotten stuff I find. A lot of the stuff you hear on my radio shows and my podcasts came from eMusic. 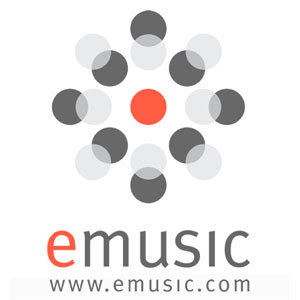 Heck I even put up with their weird typos, their blockheaded way they assign genres to selections (For the record, Rufus Thomas is NOT "hip hop"!) and even mixing up track names -- all because there's so much good stuff there at such a great price.
For the record, my current plan gives me 90 downloads a month for $19.99. It's a plan that was grandfathered in after their rate hike a couple of years ago.
I saw this week's announcement that eMusic had struck a deal with Sony -- a major label that swallowed up Columbia as well as BMG (which I stubbornly still refer to as RCA, praise Elvis) and other labels -- as a mixed blessing.
No, I don't give a flying darn about some of the old Sony acts -- Billy Joel, Journey, Whitney Houston. And most the coolhipindiepunk acts they're touting like The Sex Pistols and The Clash is stuff I already have. 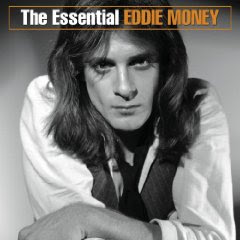 But there are a lot of cool old blues, jazz and hillbilly acts going back to the '20s -- that's 1920s, kids, that were on Columbia (which swallowed up Okeh Records way back when). So, assuming they offer this as well as Michael Jackson and Eddie Money, that's a good thing.
But one little detail the press release kind of forgot to mention.
Along with the massive Sony back catalog, there's also a little matter of a price increase.
For my plan, I'll be going from 90 downloads to 50 downloads every 30 days. Doing the math, my price for a download goes up from about 22 cents to about 40 cents.
Granted, 40 cents still is a lot cheaper than Amazon, iTunes or any place else I know. So I might swallow my pride and stick around, even though it's really tempting to tell them to stick it. One thing for certain -- there will be a lot less experimenting on my part, making it a lot less likely I stumble across and take a chance on acts like Impala, Ross Johnson and Isaiah Owens, and albums like Rarities from The Bob Hite Vaults or Slide Guitar Gospel (1944-1964).
For the record , eMusic claims the price increase was in the works before the Sony deal. You still have to wonder.
Here's a couple of articles about the eMusic changes from the Los Angeles Times and Business Week.
********

I've been excited about the new Norton compilation I Still Hate CDs for a couple of months now. It was released Tuesday, so I happily downloaded the 38 (of 45) tracks I didn't already have.
So imagine my disappointment when I discovered that seven of the tracks I downloaded are marred by an obnoxious scratchy digital distortion. (Apparently another track, "Camel Walk" by The Saxons is the same way. I didn't download that one because I already had it on one of the Mad Mike's Monsters collection on Norton.
I'm sure eMusic will credit my account. I just hope they replace those those lousy tracks pronto. (Miriam at Norton says she's contacted their download company about the problem.)
An honest mistake I'm sure. But happening today sure didn't make me feel any better about eMusic.
at June 03, 2009