A version of this was published in The Santa Fe New Mexican
June 19, 2009

In recent months (years?) my musical tastes have become so retro it’s disgusting. Frequent readers of my column have surely noticed.
There are embarrassingly few new “modern” (whatever that is) rock acts that I really like — TV on the Radio, Animal Collective, and Dirty Projectors — but not a whole lot more. As far as new bands go, I relate far more to South American groups like Los Peyotes riffing on the old Question Mark and the Mysterians sound or to guys like King Khan and Black Joe Lewis rekindling the James Brown/Otis Redding fires than I relate to spoiled suburban alt-rock brats bellyaching about their empty lives.

But sometimes archaeology reaps rewards that ring truer and sound fresher than the news. The truth is, I get more exited about discovering long-forgotten or totally unknown music from the days when rock ’n’ roll and rhythm and blues were wild and truly subversive, when it was considered too risky to be mass marketed.
You can hear the secret-history-of-rock ’n’ roll stuff on the new I Still Hate CDs: Norton Records 45 RPM Singles Collection Vol. 2. It’s a collection of 45 songs that’s almost as uplifting as the first volume, I Hate CDs. I described that collection (which took its title from a song by the pride of Lubbock, Texas, the Legendary Stardust Cowboy) as “a grand tour of rock ’n’ roll’s glorious underbelly.” That works for this new collection also. 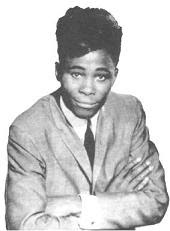 There’s a smattering of fairly recent material here. You’ll find a new garage-rock growler called “It’s a Lie” from the mighty King Khan (without The Shrines and without his frequent collaborator Mark Sultan aka BBQ). And there’s “Stop and Think It Over” from Dangerous Games, the “comeback” album Mary Weiss of the ShangriLas made with the Reigning Sound a couple of years ago.
But most of the tunes on I Still Hate CDs are from the ’50s and ’60s, mainly by groups that are long forgotten. There are unrepentant R & B, rough-and-tough rockabilly, silly surf songs, garage-band goodies, drag-strip diamonds, some stray doo-wop, and punk-rock echoes. This could be the soundtrack of the best black-and-white teen-exploitation B movie never made. As I said of the first I Hate CDs collection, most of these songs are way too raw for “oldies” radio. Not that the lyrics are obscene; most of the musicians don’t need to use dirty words to sound outright filthy.
There are a few names you ought to recognize in this compilation. There are songs by rockabilly royalty Benny Joy and Charlie Feathers, as well as cuts by recently deceased R & B prophets Nathaniel Mayer and Rudy Ray Moore. In the ’70s, Moore was best known for his “party” albums and pimp-adelic character Dolemite. But here he sings a ’50s-style jumper called “Rally in the Valley.”
Some of the same acts from I Hate CDs are represented here — Weiss, the Hentchmen, the Dictators, and the Real Kids. But best of all, there is Andre Williams with an old recording of a song called “Daddy Rollin’ Stone,” backed by a vocal group called the Eldorados and someone playing an irresistibly nasty guitar hook. 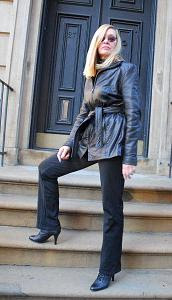 I have a few of these tunes from previous Norton albums — such as the proto-punk “It’s Lame” by Figures of Light; Feathers’ “We’re Getting Closer to Being Apart”; “Camel Walk” by the Saxons from the equally amazing Mad Mike’s Monsters, Volume 2 collection; and the notorious (and criminally politically incorrect), “Hello Lucille, Are You a Lesbian” by T. Valentine.
Other favorites so far are “Put de Pot on Mary” by a soul shouter called Poontang Perkins (remember, we were told long ago by a vocal group called the Treniers that “poon” is a hug and “tang” is a kiss); “Little Girl Gone,” by Mogen David Wrath and the Grapes of Wrath, which puts the rage in “garage”; and “Surfin’ Crow,” a splendid rip-off of the Trashmen’s “Surfin’ Bird” by the Jades.
One of the most outrageous but most endearing songs on I Still Hate CDs is “What a Way to Die” by the Pleasure Seekers, a ’60s group that included none other than Suzi Quatro and her sisters. Talk about politically incorrect — this is a joyful ode to teen sex and alcohol consumption. Call the attorney general! What kind of message are we sending to the children?
This collection has the original version of “Rock-N-Bones” by Elroy Dietzel, which was covered by The Cramps. When rock ’n’ roll daddy Lux Interior passed on in February, all over the blogosphere, fans quoted one of the verses of this song:

“And when I die, don’t you bury me at all/Just hang these bones upon the wall/And beneath the bones let these words be seen/This is the bloody gears of a boppin’ machine.”

(Here’s a little Cramps trivia: Norton Records co-founder Miriam Linna was the original drummer of that band.)
Like its predecessor, I Still Hate CDs lives up to its name by not being available on compact disc. But you can download any or all tracks at iTunes, Amazon.com, and eMusic. And if you like this kind of stuff, get thyself to Norton Records. Bill and Miriam have a new blog at nortonville.blogspot.com.
at June 18, 2009