A version of this was published in The Santa Fe New Mexican
June 5, 2009

One of the healthiest retro trends lately is the ongoing neo-soul revival.
I’m talking about Sharon Jones, Lee Fields, and their colleagues at Daptone Records. I’m talking about King Khan & The Shrines. I’m talking about the continued adventures of inspired old timers like Bettye LaVette, Howard Tate, and Solomon Burke. And now I’m talking about a wild little band from Austin, Texas, called Black Joe Lewis & The Honeybears.
Young Black Joe and his group just released their first major label (Lost Highway) album, Tell ’em What Your Name Is. And it just might be the debut of the year.
This band — led by 20-something singer Lewis, who, according to a recent account in Spin, still has a day job delivering seafood — falls somewhere between the tight-but-gritty Daptone sound and the crazy, horny punk-funk of King Khan.
Lewis and the Bears don’t see soul music as some fragile museum exhibit to be reverently emulated. It’s a Saturday night fish fry that never ends. The horn section is loud, the guitar has a bite, and the organist sounds as if he’s been force-fed a steady diet of Jimmy Smith and The Animals. And Lewis shouts like Otis Redding’s long-lost grandson. 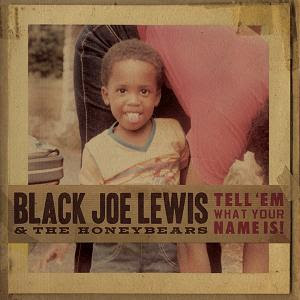 The opening song, a stomper called “Gunpowder” sets the pace for the album. It clocks in just over two minutes (the longest one here is barely over four minutes) and goes right into another hard-charger called “Sugarfoot.”
“Big Booty Woman” comes closest to being a blues song. It’s followed by “Boogie,” which sounds like Slim Harpo on trucker’s crank. (In fact, Lewis borrows from Harpo’s “Shake Your Hips.”)
My favorite has to be the funky and delightfully obscene “Get Yo Shit."
It starts out when the singer comes home to all find his, uh, belongings scattered on the front lawn. He knows it has to be the work of “that crazy ass girl of mine.” A confrontation ensues. She’s feeling unloved. “You don’t even buy me presents,” she says. The narrator retorts, “I bought you a box of chicken, but I ate it on the way home.” The unimpressed paramour continues: “You don’t even know my name.” Black Joe answers, “Yeah, it’s ‘Melissa.’” To which she replies, “No, dumb ass, it’s ‘Roxanne.”
Uh oh.
Incredibly the singer is about to weasel some make-up sex out of this bad situation. But a surprise visit from the police ruins the mood.
One song that’s completely different from the rest is the haunting “Master Sold My Baby.” It’s a swampy chant over drums suggesting a New Orleans march.
Probably the most intense song on Tell ’em is the closing track, “Please Pt. Two” (There’s no “Pt. One.”) The song fades in to what sounds like a crisis in progress. The Honeybears are playing full blast and Lewis is “down on my knees, begging you please.” It doesn’t matter what the song is about. This is the sound of music at its toughest. It sounds like it might have come from a live show. My only regret is that I wasn’t there.
If I’ve got one complaint about Tell ’em What Your Name Is, it’s the brevity. The whole thing is just over a half hour long.
When I wrote this column last week, Amazon.com was offering the MP3 version of the album for only $5. In the meantime, it's gone up to $6.99.
If you explore around Amazon, you’ll find Black Joe Lewis & The Honeybears’ self-titled EP, released earlier this year, which has two songs (The blues-fed “Bitch, I Love You” and the acoustic shaggy-dog hoodoo tale called “Cousin Randy,” featuring slide guitar) that aren’t on the Tell ’em album. I’m not sure why they didn’t make the CD, but through the miracle of technology, you can put ’em there yourself.
And you can find Black Joe’s earlier work at CD Baby, HERE and HERE. 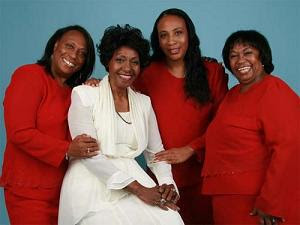 * What Have You Done, My Brother? by Naomi Shelton & the Gospel Queens. Speaking of Daptone, the latest offering from this influential New York label is a gospel record by an Alabama-born singer who has gone back and forth between sanctified songs and secular soul.
This is a solid, old-school gospel record — in other words, none of the synthy glitz overkill of contemporary gospel — in which Shelton is backed by a small band featuring organ, piano, guitar, bass, and drums. There’s also a female chorus, which, at least on some tracks, includes the mighty Sharon Jones (who proved her gospel music skills on the unheralded soundtrack album for the movie The Great Debaters, which also featured bluesman Alvin Youngblod Hart and traditionalists The Carolina Chocolate Drops).
Though never achieving real fame, Shelton knocked around the music biz since the 1960s. She’s got a rich, throaty voice that’s held up well through the years.
My current favorite tracks here include “What Have You Done?,” an accusatory song aimed at some unnamed sinner (”You’re twisted, you thought you were clever/But your wicked tongue can’t twist forever, “ Shelton sings sternly) and “I’ll Take the Long Road,” a slow Southern-fried soul-gospel ballad in which guitarist Bosco Mann sounds as if he’s paying tribute to Steve Cropper.
Shelton does a decent version of Sam Cooke’s overcovered “A Change Is Gonna Come.” But for me the real climax of the album is the preceding song, “Lift Up My Burdens,” which has echoes of The Impressions’ “People Get Ready” — as well as Howard Tate’s’ “Get it While You Can.”
at June 04, 2009