A version of this was published in The Santa Fe New Mexican
October 16, 2009

Now here's a musician with a pretty impressive résumé. Brian Tristan, the El Monte, California, native better known as Kid Congo Powers, has been a member of The Cramps as well as of Nick Cave and the Bad Seeds and The Gun Club.

Dracula Boots, his new record with his band The Pink Monkey Birds, doesn't sound much like any of those previous groups. But it's addictive from the very first track, "LSDC," in which, over a repeated fuzz-guitar lick and "Funky Drummer" drums, Powers, in his gravely voice, tells an incomprehensible story that starts off with "It was a rocket, the room was chilly." Occasionally, he repeats the line, "Como se llama, mama." That's the MO in a lot of the tracks here — insane riffage with Powers reciting (rather than singing) strange tales in the background. 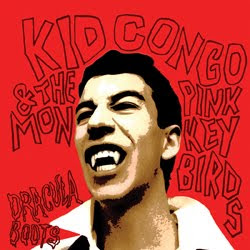 This first track is followed by "Found a Peanut," a cover of a tune by East L.A. '60s rockers Thee Midnighters. And yes, this song is based on a children's song you probably haven't heard since the playground.

There are lots of instrumentals, like "Funky Fly" and the slow-moving "Bobo Boogie," with Powers laying down cool basic psychedelic guitar as Kiki Solis' bass rumbles, Ron Miller's drums send coded messages from the jungle, and electronic effects sizzle in the background. Sometimes there's New Wave-y keyboards adding some science-fiction zing to the mix.

Powers often sounds sinister in songs like "La Llorona," in which he sets the legendary wailing-woman ghost in Juárez ("Lost her husband, drowned her children/Filled with shame, poor La Llorona took her life/Now she cries, weeps and wails by the Río Grande.").

But that's not quite as spooky as "Late Night Scurry," which reminds me of some of Angelo Badalamenti's creepy experimental tracks like "The Black Dog Runs at Night" on the Twin Peaks: Fire Walk With Me soundtrack album.

Hey, Christmas is a-comin' and there are a couple of titles here suggesting Yuletide. However, neither "Black Santa," an instrumental in which Powers' guitar sounds like a lawnmower, nor "Kris Kringle Juju" sound much like "Jingle Bells." This record was released several months ago, so I'm not sure why there's this Santa Claus undercurrent.

The truth is, Dracula Boots would sound great during any season. 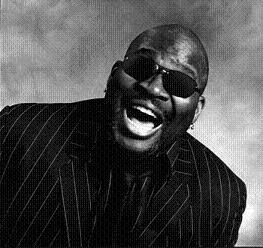 Raw, which was released earlier this year, is Whitfield's first solo album since 1995's Ritual of the Savages. But he's still got that early rock 'n' roll/crazed R & B spirit that was so refreshing when he burst out of Boston with his band The Savages in the mid-'80s.

Whitfield, whose real name is Barry White (for reals!) is best known as a frenzied shouter. He probably gets sick of Little Richard comparisons, but in many ways such talk is well deserved. His song "Mama Get the Hammer" (the hammer is needed because "there's flies on the baby's head") was a crazy masterpiece, (originally done by a group called The Bobby Peterson Quintet).

Here Whitfield plays with a basic stripped-down band — guitar, bass, drums, and sax. They wail and stomp as Barrence sings with such abandon that he makes Screamin' Jay Hawkins look shy.

Some of my favorites include "Kissing Tree," "Early Times," and the opener, "Geronimo Stomp." And let's not forget the one with the unwieldy title: "I Need Love and Affection, Not the House of Correction."

Also worthy are Whitfield's tributes to not one but two classic Pacific Northwest garage bands. He covers "Strychnine" by The Sonics (loyal readers will recall I mentioned a version of that by The Fuzztones in a recent column — it has also been covered by The Cramps, The Fall, and Thee Headcoatees) and a near-forgotten classic by The Kingsmen, "Long Green" (which was also a minor hit for New Mexico's Jimmy Gilmer & Fireballs back in the late '60s).

Though the rowdy shakers are his main strength, Whitfield shows that he can handle some "slow dances." "One More Time" and "I Don't Want to Be in Your Shoes" are actually pretty — in an Otis Redding kind of pretty.

* Do the Wurst, Mojo Workout, and Shake It Wild by King Salami & The Cumberland Three. These download-only titles include an EP (Mojo Workout) and two "singles," totaling eight songs. The first two were released in August, while Shake It Wild came out last year. 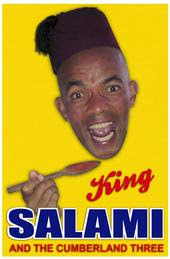 This band, hailing from England, reminds me of another King, one by the name of Khan. Like King Khan's work with The Shrines, Salami melds high-charged soul with punk rock. But The Cumberland Three is a much smaller group than Khan's Shrines, so the sound is more stripped-down.

Though R & B is the group's bread and butter, Salami tries his hand at surf music on "Uprising." It sounds like "Apache" by The Shadows (complete with tacky faux Indian war cries). Meanwhile, "Birdog" is a ska-like takeoff of The Trashmen's "Surfin' Bird." But my favorite is "Mojo Workout," a cover of the tune by Bobby Long & His Satellites. It's a powerful R & B celebration.

Released on the British Dirty Water label, (except Shake it Wild, which was released on the German label Soundflat) these are available from Amazon, iTunes, or eMusic.
(the last paragraph was updated 5-18-10 with correct label information.)
at October 16, 2009