TERRELL'S TUNEUP:THE MAN WHO RODE THE MULE AROUND THE WORLD

A version of this was published in The Santa Fe New Mexican
October 9, 2009

Loudon Wainwright III’s High Wide & Handsome: The Charlie Poole Project is not your typical tribute album.
In the liner notes, Wainwright says that this double-disc set is a “sonic bio-pic” about Charlie Poole, a man he has long fantasized about portraying in the movies — a hard-living, ramblin’, gamblin’, singing moonshiner who was a big influence on him as well as on countless country, folk, and bluegrass singers and probably on more rock ’n’ rollers than you might imagine.
Wainwright, accompanied by his trusty musical family (including some of his offspring) plays lots of songs associated with Poole (who didn’t write his own music) and tunes about the man. 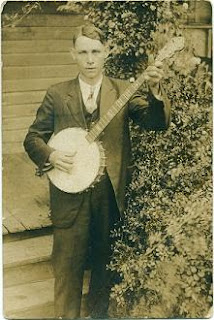 Poole, described by a bellowing drunk at his funeral in 1931 as a “banjo-playing son of a bitch,” was a traveling North Carolina songster who, despite his tragically short career (he died at the age of 39 after a 13-week drinking binge) helped build the foundation for what later became known as country music.
His love of the bottle, scrapes with the law, and funny, sometimes violent, interactions with his audience can be seen as early examples of rock-star excess. As Wainwright sings in “Charlie’s Last Song,” (co-written by Wainwright and Dick Connette), “Old Charlie would fight, once he hit a policeman/They throwed him in jail ’cause that’s wrong/And when he broke out, the cops took him on home/And Old Charlie he played them a song.”
Born in 1892 in Eden, North Carolina, Poole worked in a mill and as a bootlegger and a baseball player. But music was his passion — and his ticket out of hard labor and drudgery. He began playing a homemade banjo at 8. He eventually was able to afford a store-bought instrument with his illicit profits from bootlegging whiskey.
In the early 20s, Poole’s band, The North Carolina Ramblers, lived up to its name. The musicians rambled out west to Montana and as far north as Canada.
Poole and company traveled to New York to record with Columbia Records in 1925 — two years before the Bristol sessions, in which producer Ralph Peer of the Victor Talking Machine Company introduced the world to the Carter Family and Jimmie Rodgers; many identify these sessions as marking the “birth” of country music. 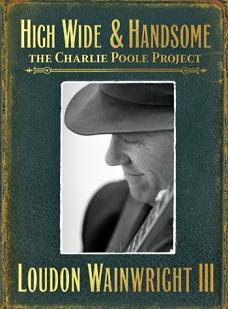 From his New York session, Poole cut his first 78 rpm hit: “Don’t Let Your Deal Go Down Blues,” backed with “Can I Sleep in Your Barn Tonight, Mister.”
Wainwright sings about this in “Way Up in NYC” and refers to Columbia A & R man Frank Walker. “In September, Frank released ‘The Deal’ and yes it was a hit/We never got another penny, just enough to make you wanna quit/If you’ve ever been bamboozled you know how I feel/From now on the new name of that song is ‘The Raw Deal.’ ”
It’s worth noting that Wainwright, early in his career in the 1970s, was under contract with Columbia. Poole wasn’t the last musician to feel bamboozled by the record industry.
There are other parallels between the careers and, to a certain extent, the personas of Poole and Wainwright. When Wainwright sings Poole’s “Goodbye Booze,” I hear echoes of his own songs like “Wine With Dinner,” “Drinking Song,” “Down Drinking at the Bar,” and “Heaven and Mud” (“We fell off the wagon, you should have heard the thud.”).
Another common Poole theme — mama — has been well covered by Wainwright. Listening to Wainwright sing Poole’s sentimental (some might say maudlin) tunes honoring his dear old gray-haired mother — “My Mother & My Sweetheart,” “Mother’s Last Farewell Kiss,” and “Where the Whippoorwill Is Whispering Goodnight” — I’m reminded of Wainwright’s 2001 album Last Man on Earth.
The thick booklet included in the Poole package includes an essay by first-generation rock critic Greil Marcus, who sums up the appropriateness of Wainwright “putting on the dead man’s clothes” to celebrate Poole.
“I didn’t know who was luckier,” Marcus writes. “Poole might have been waiting all these years for someone to talk back to him so completely in his own language; Wainwright might have been waiting since he first heard Charlie Poole to get up his nerve to do it.”
A back-road detour with Marcus: As much as I’ve loved his writing, especially the book Mystery Train, sometimes the mighty Greil tends to, well, overthink things.
Here he ponders Wainwright’s biggest hit, the classic novelty song “Dead Skunk.” Says Marcus, “The more you heard ‘Dead Skunk,’ the funnier it got, but out of the blood and guts on the back road where someone five minutes or five hours before you had hit the thing, you could feel an undertow, a self-loathing, a wish to disappear and never come back, to lose even your own name.”
Undertow? Self-loathing? Whaaaaa?

Back to the project: The songs I like the best here are the funny ones.
“Moving Day” tells about a guy who’s about to be evicted trying to pay his rent with chickens he just stole from the landlord. “If I Lose” is about Spanish-American War veterans (“The peas was so greasy, the meat was so fat/The boys were fighting the Spaniards, while I was fighting that.”).
“I’m the Man Who Rode the Mule Around the World” is downright cosmic in its kookiness (“Oh, she’s my daisy, she’s black-eyed and she’s crazy/The prettiest girl I thought I ever saw/Now her breath smells sweet, but I’d rather smell her feet.”).

Wainwright sums up Poole’s life — and much more, I believe — in the title song, which opens and closes the project:

Good show, Loudon.
Jump in the (Charlie) Poole: I’ll be doing a radio tribute to the North Carolina rambler tonight on The Santa Fe Opry — playing tracks from Wainwright’s tribute, tunes by the master himself, and covers of Poole songs by Norman Blake, The Nitty Gritty Dirt Band, and others. The Opry, as always, starts at 10 p.m. on KSFR FM 101.1 and on the Web at www.ksfr.org
at October 08, 2009