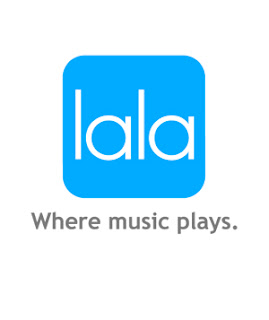 The last couple of days I've been listening to my digital music collection on Lala.com. I've uploaded about 30,000 songs -- some of those are duplicates, which I'm trying to weed out, though that's a pretty tedious task.
I first signed up at Lala about three years ago when it mainly was a CD swapping service. (I wrote a Tuneup column about that, which you can see HERE. A couple of updates: Since writing that I have received several unplayable CDs. Also I eventually located Surfin’ in Harlem by Swamp Dogg and The Electric Prunes’ Stockholm 67.)
Eventually the CD-trading aspect of Lala dried up. The last CD that was supposed to be sent to me never arrived.
But recently I've been noticing that when I'm searching for information about a particular song on Google, many times it results in a playable full version from Lala right at the top of the page. Lala has evolved into a major music streaming service. That means, you can listen to your entire music collection from any computer anywhere.
And then there was the recent news that Apple has purchased Lala -- some speculate as a vehicle to make iTunes more Web friendly.
There some bugs in Lala, however. Apparently when it scans your music collection, some of the songs that end up in your Lala collection are a little different.
For instance, The Cramps' version of "Heartbreak Hotel" somehow turned into a rather blah instrumental version. And "Murder's Crossed My Mind" a dark, folkish tune by my Brooklyn friend Desdemona Finch somehow got translated into a hair-metal screamer.
Oh well, surprises are good sometimes.
My Lala profile is HERE. (Some of you will remember the pseudonym I'm using there)
at December 10, 2009