TERRELL'S TUNEUP: GIVE THE GIFT OF LOCAL MUSIC

A version of this was published in The Santa Fe New Mexican
December 11, 2009


Here are some suggestions for presents that will bring joy to your loved ones and help keep the Santa Fe music scene alive. I'm talking about the gift of local music.

A whole pile of CDs by bands and singers from the Santa Fe area were released in recent weeks and months. Fans can find the discs in local stores — at least I think there are a few places here that still sell CDs — or on the artists' Web sites and MySpace pages. Amazon, iTunes, and other online services sell works by several of the following artists. Or better yet, skip the middleman, go to their gigs, and buy the CDs in person. 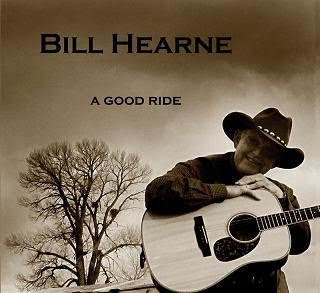 * A Good Ride by Bill Hearne. Unlike most of Hearne's recent CDs, which focus on his love for hard-core honky-tonk, his newest one showcases his acoustic, folky side. It's not quite as danceable as his last few, but it does feature that great flat-picking that Hearne fans love. He performs songs by The Blasters (a sweet, sad "Border Radio"), Gordon Lightfoot, Lyle Lovett, Joe Ely, Ian Tyson, and Chuck not to mention a tune by Frogville label-mate Joe West ("I Remember Lovin' You") and one by former local picker John Egenes ("The Railroad Is Calling My Name"). Hearne's main musical partner on A Good Ride is the wonderful Don Richmond, who plays just about any stringed instrument you can name. But the best news is that on a couple of tracks he's backed by his main musical partner in life, wife Bonnie Hearne, who in recent years has been too ill to perform very much.

* Straight Ahead by Gary Gorence. And the winner of the 2009 track most likely to be mistaken for Creedence Clearwater Revival is ... "Change in the Weather" by John Fogerty. But coming in second is Gary Gorence's "Under Lock and Key," the first song from his new album. It's a cool, swampy rocker that will remind you of "Green River," "Born on the Bayou," and other Creedence tunes. Gorence is backed by his band, The Jakes, and the whole album is full of good, rootsy, country-and-blues-influenced working man's rockence is a decent storyteller, too, as he proves with "Monica's Mother." The CD release party for Straight Ahead starts at 8:30 p.m. Friday, Dec. 11, at Tiny's Restaurant & Lounge. 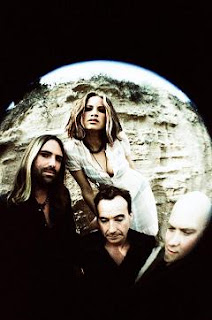 * Stephanie Hatfield & Hot Mess. If the music reminds you of Hundred Year Flood, there's good reason. HYF's Bill Palmer co-produced and plays guitar (and other instruments) on this hot mess and also wrote the opening song, "Suffer." But the real star of the album is Hatfield's soulful voice. My favorite tune here is the hard-rocking "Fishboy." Hey, they're playing New Year's Eve at the Cowgirl BBQ & Western Grill!

* Crooked by Jaime Michaels. Singer-songwriter Jaime Michaels is backed here on various cuts by some of Santa Fe's finest — Jono Manson (who also produced the album) on guitar, Sharon Gilchrist on mandolin, Mark Clark on drums, Peter Williams on bass, Tom Adler on banjo, and Ben Wright on guitar. And there are some appearances by some pretty impressive "outsiders," like Tejano accordion ace Joel Guzman, guitarist Andrew Hardin, and the Austin duo of Christine Albert (a singer formerly of Santa Fe) and Chris Gage (who plays a sweet, sad accordion on the title song).

* You Can Take a Child Out of the Ghetto But ... by Willy Magee. As you've probably noticed, all the other albums I've mentioned here are in the folk/country/blues/roots-rock vein. Not this. Here sweet Willy — who has played in numerous local bands, including Alex Maryol's — lays down funk, hip-hop, and sly humor. Magee played most of the instruments here himself. But on "Freakaholic," Lydia Clark plays keyboards and Jay "Rusty" Crutcher blows sax. And on "Woo You," Magee reveals his Marcia Brady fantasies. 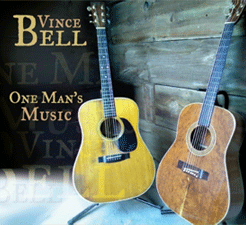 * One Man's Music by Vince Bell. Twenty-seven years ago this month, singer-songwriter Bell, who moved to Santa Fe more than five years ago, was driving home from a recording session in Austin, Texas, that involved ideman named Stevie Ray Vaughan. Bell was broadsided by a drunk driver in a Ford Fairlane and thrown 50 feet from his car. "My right arm was not recognizable, and my liver had been forced out of my midsection and onto the pavement. There was substantial injury to my spinal cord and brain. I would have scar tissue in my eyeballs as a result of lying in gasoline," Bell wrote. But he lived — despite a premature report in the Austin American-Statesman to the contrary (an error that, as a reporter, made me cringe nearly as much as the description of Bell's injuries).

And he's still making music, as demonstrated by this album, released earlier this year along with Bell's autobiography of the same name (published by the University of North Texas Press). The CD features Bell on vocals and Ned Albright on piano. The music is sparse and haunting, perfect background music for reading the book, which deals not only with the accident but also with his years of recovery, both physical and mental.
at December 11, 2009