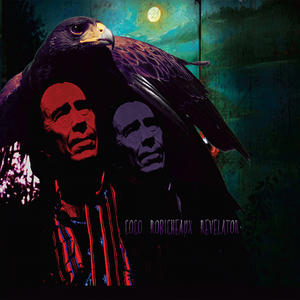 * Revelator by Coco Robicheaux.  Longtime and loyal fans of my Sunday night radio show, Terrell's Sound World might recall that 10 or 12 years ago, back when KSFR was having trouble with the administration of Santa Fe Community College, I did a "radio voodoo ceremony" to cast away the evil spirits that seemed to be haunting the station. It wasn't a real serious thing. I just played 30 minutes of Dr. John and songs like The Talking Heads' "Papa Legba," Junior Wells' "Hoodoo Man" and some novelty songs about Voodoo.

Whatever, it worked. It took a couple of years, but those evil spirits vanished.

I might have burned a voodoo candle that night, which in itself probably broke station rules. But I promise, I didn't sacrifice a live chicken in the studio that night.

Which leads us to Coco Robicheaux.  I learned of this guy through the HBO show Treme. He's the singer  who slit the throat of a live chicken during a performance at a troubled public radio station. I felt a certain kinship with the guy as well as the DJ  Davis McAlary, Steve Zahn's character, who got fired over the incident.

Robicheaux doesn't actually sing much. He recites the lyrics in his deep raspy drawl over smokey jazz or blues riffs. Comparisons with Dr. John, from his Night Tripper days are inevitable. (And like the good doctor, Coco has done commercials for Popeye's Chicken.)  But I hear more Nighthawks at the Diner era TomWaits.

The album kicks off with an ominous reading of the old Chambers Brothers hit "Time Has Come Today." This is one of several here, incluidng "Fortune Teller," "Crossroads" and a beatnik  bluegrass take on "I Am a Pilgrim" featuring Coco on banjo.

But my favorite is "Memo From Turner," an old Mick Jagger song (yes, it originally was released as a Jagger solo single) from the 1970 movie Performance. Jagger's version has more punch, but Coco adds a new level of sinister to it.

I mentioned this last week, but it's worth mentioning again: Coco Robicheaux is playing the Plaza for free, August 9 as part of the Santa Fe Bandstand program. 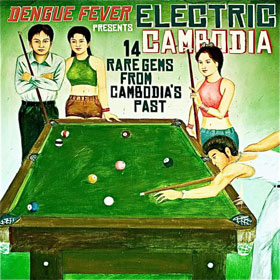 * Dengue Fever Presents Electric Cambodia. Had Mick, Keith, and the boys ever released a compilation called “The Rolling Stones Presents Chicago Blues Favorites,” it would have been to them what this collection is to Dengue Fever. The music here represents the basic DNA of the band.

Electric Cambodia, released last year, contains 14 Cambodian rockers from the late ’60s and early ’70s. The sound is lo-fi, because the original recordings — as well as the original artists — were destroyed by the genocidal Khmer Rouge regime that ruled that country in the mid-to-late ’70s. The only surviving recordings were on old cassette tapes kept and hidden by fans.

I recently reviewed this collection in Terrell's Tune-Up, along with Cannibal Courtship, thee fine new album by Dengue Fever themselves. CLICK HERE.

"Built Like A Rock" and "I Love Her So" by Barrence Whitfield & The Monkey Hips. Barrence has been very prolific lately.

Late last year he saw the re-release of his first album with The Savages in a deluxe edition including a bunch of great bonus tracks (It's an import from the Ace label but available on Amazon and I assume elsewhere at a reasonable price).

And even more bitchen he recorded a new album with original Savages Peter Greenberg and Phil Lenker. Savage Kings already has been released in Europe and it's coming out in these United States this month on Shake It Records. Watch my Terrell's Tuneup column for more on that.

Meanwhile, these tunes I downloaded were recorded with The Monkey Hips, a band he's played with in recent years. They might not be the original Savages, but they're a rocking little outfit that fits with BW's sound. My favorite moment here is near the end of  "Built Like a Rock" when Barrence shouts, "It's Clobberin' Time!" Indeed it is.

Here's a video of BW and this band doing a Screamin' Jay classic. 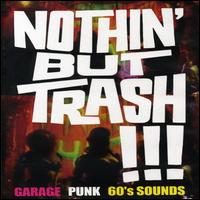 * 10 tracks from Nothin' But Trash . I rented the DVD of the same title from Netflix a few weeks ago. It features videos and live footage of acts like Wau y Los Arrrghs, Gun Club, Link Wray, The Monsters, The Tall Boys, the Mighty Lightning Beat-Man and a whole mess of Billy Childish-related acts -- Milkshakes, Headcoats, plus Thee Headcoatees and Sexton Ming.

Most of the bands are ones I hadn't heard of before -- The Tikitiki Bamboos, Saturn V, Squares, Bad KArma Beckons, Empress of Fur (featuring a sexy Bettye Page impersonator) and more.

Mainly they're European groups, though there's live clips of Link Wray as well as The Gun Club.  Mostly of the live videos were shot in London at various clubs and at the Wild Weekend festival in Spain .

I was very excited to find the soundtrack of the darn thing on eMusic. I nabbed 10 of the 32 tracks and I'll probably go back for more. 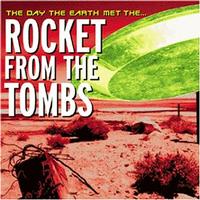 * The 14 tracks I didn't get last month from  The Day The Earth Met The Rocket From the Tombs.  In case you forgot, these are lo-fi live recordings by the Cleveland band that included David Thomas of Pere Ubu and Cheetah Chrome of The Dead Boys not to mention the late punk wild man Peter Laughner.

This has future Ubu standards like "30 Seconds Over Tokyo," "Life Stinks" and "Final Solution."

But one of the best here is an upbeat Velvet Underground rocker, "Foggy Notion."

I'm no audiophile. I can appreciate this music in spite of the poor sound quality.(Sometimes I think these tracks were from cassettes that survived the Cambodian genocide.)  But I can't help but think how powerful this band would have sounded in a decent studio.
at June 05, 2011