I've got to do an update to my recent Tune-up column on the Amazon and Google cloud music services. 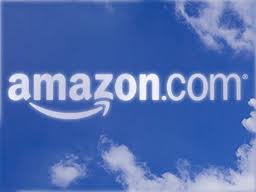 I couldn't believe my eyes a few minutes ago when playing music from my Amazon cloud I noticed where it once said I had just a few MBs of space left, it now says, "You have unlimited space."

Goodness Gussie, it was true! From an article in CNET posted last night:

For a limited time, Amazon customers who purchase a $20 annual Cloud Drive storage plan will receive unlimited storage space for their MP3 and AAC (.m4a) music files. Previously, Amazon Cloud customers automatically started with 5GB of free storage, upgradable to 20GB with the purchase of an Amazon MP3 album. Additional storage space could then be purchased in plans beginning at $20 per 20GB per year

Since Google launched its Google Music Beta, I've found that I've been using it far more than Amazon. I haven't quite even uploaded half of the 20,000 songs Google lets you store and I was almost at capacity on Amazon with just over 4,100 songs.

Assuming Amazon keeps its feature that lets you download songs -- which means your cloud is an actual storage locker for your music -- that alone makes it a better deal.

Looks like there are still some bugs though. My Amazon uploader just stalled before even starting to upload my massive collection. I'm assuming this will work itself out. If not, then disregard anything nice I said here.
at July 07, 2011