The Roots of Picnic Time For Potatoheads

Here's a fun little exercise in self indulgence. 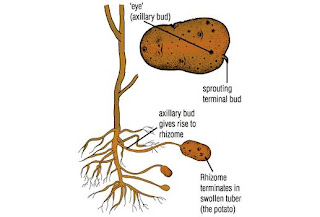 I've put together a Spotify playlist of songs that were parodied, stolen, alluded to, mentioned in passing in or somehow have a spiritual connection with songs on my 1981 album Picnic Time For Potatoheads. If the album actually ever had been successful, here are some of the lawsuits I would have faced.


Spotify members can find it HERE.
The rest of you, get with it! Get yerself to Spotify and request an invitation. Once you're in, you can find my profile and all my playlists at spotify:user:robotclaw .


I came up with most of these while driving to Austin, Texas. It's a long drive.


* "Teddy Bear's Picnic" by The Nitty Gritty Dirt Band. It's obvious that the title song of the album was inspired by this children's classic. But the arrangement was heavily influenced by The Dirt Band's chaotic late-'60s version. Back when I was in junior high in Oklahoma, my band, The Ramhorn City Go-Go Squad & Uptight Washtub Tub Band, covered this tune, trying to imitate the NGDB.


* "El Mosquito" by Eddie Dimas. This is where David Borrego's guitar solo in "Cook Yer Enchiladas" comes from. My old college roommate Dave Vigil and I used to play this song when we crashed parties. He played lead, I played rhythm.


* "Endless Sleep" by Jody Reynolds. I envisioned "I Lost My Baby to a Satan Cult" as a cross between this song and  "Pumpin' " by Patti Smith, though by the time we recorded it, the song had evolved into a quasi-Canned Heat-style boogie. Back when I used to gig a lot, I'd sometimes slow "Satan Cult" down to the spooky, swampy Jody Reynolds rhythm.


* "Holding Things Together" by Merle Haggard. Several of those who reviewed Potatoheads caught the fact that the title song came from "Teddy Bears Picnic" and "Satan Cult" sprang from "Endless Sleep." Fewer recognized the huge debt "Solar Broken Home" owes to this song, which should have been a bigger hit for Hag.


* "Donald and Lydia" by John Prine. Prine's song provided the basic structure for "Silly Sally and the Phantom of the Opera." The characters in my song were based on actual street people who were hanging out in Santa Fe in the late '70s. I actually did see them both at the same time in Sambo's on Cerrillos Road late one night circa 1979. They weren't together, at least while I was there.


* "Miracle Man" by Elvis Costello. This song was on heavy rotation on my personal Pandemonium Jukebox when I wrote "The Bozo Buck Stops Here." And by the way, Costello's "Goon Squad" inspired the melody of my "Nuclear Powered Castle," (which I never recorded.)


* "Heart Like a Wheel" by Linda Rondstadt. This is the song I was making fun of on the spoken interlude on "Bozo Bucks." But I have to admit, as hard as I may try, I'll never sing like Linda Rondstadt either.


* "Edwin" by Steeleye Span. "Child of the Falling Star" is a sweet song I wrote for my daughter a few days after she was born. (Yes, I did see a crazy big falling star while driving her mother to the hospital a few hours before she arrived.) "Edwin" is an old British folk song about a poor sailor who gets his head chopped off by his girlfriend's crazy parents. The two songs don't really have anything in common -- except one little four-note guitar riff. 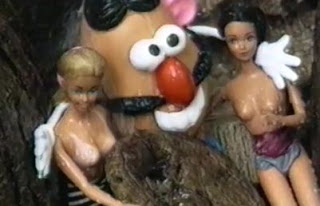 * "My True Story" by The Jive Five. This song itself didn't directly inspire "The Green Weenie," but it's part of the great Doo-Wop Collective Consciousness that did. (I was disappointed that the Frank Zappa catalogue is not on Spotify. My first choice would have been a Ruben & The Jets tune in honor of the late Jimmy Carl Black, who played on "The Green Weenie.")


* "Love Will Keep Us Together" by The Captain & Tennille. This is the song Taffy the peep-show girl hums in "Naked Girls."


* "Shake Your Booty" by K.C. & The Sunshine Band. Those naked girls go for the cheesy sounds. They don't feel any guilt. Besides the songs alluded to in the lyrics, what really dates this song is the fact that when I wrote it, $2.50 a beer was a little ourageous.
at August 24, 2011