A version of this was published in The Santa Fe New Mexican
August 5, 2011 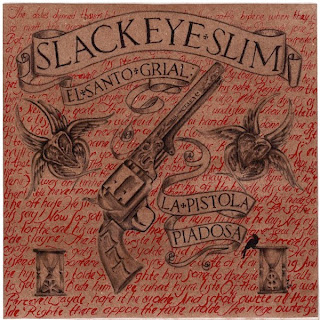 And just like Willie Nelson’s classic musical parable, El Santo Grial: La Pistola Piadosa, the new album by Joe Frankland, who goes by the name of Slackeye Slim, is a low-key, minimally produced work that tells a story of a loner whose religious faith is tested and remolded by his gun.

You can easily imagine Slackeye’s Drake Savage, “the Chosen One,” crying like a baby and screaming like a panther — like the Preacher in Red Headed Stranger.

Both anti-heroes chalk up notable body counts. But unlike Nelson’s Stranger, Slackeye’s Chosen One never seems to find his Denver, never quite gets his hand on the wheel. Pistola is a much darker story.

“Come one! Come all! And listen to a tale of a gun that came from heaven.” This invitation comes early in Slackeye’s story. It sounds like a pitch from a medicine-show huckster. It’s obvious that the gun from heaven is going to send a bunch of people to hell.

Slackeye, who lives in rural Wisconsin and is pursuing a degree in engineering, recorded this album in some unusual locales — a junkyard, a cabin, an abandoned radio station, a fine-arts museum, and an old mansion — in Montana. Singer Graham Lindsey, like Slackeye, a Farmageddon recording artist, collaborated on some of the tunes on Pistola. The album is Slackeye’s second. 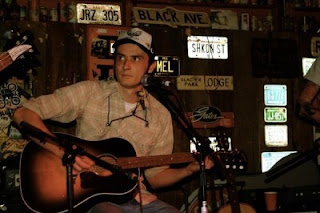 In an online interview last month on the It Burns When I Pee podcast, Slackeye explained, “It’s basically about this guy whose family is really really religious, and they push it on him really really hard, and that obviously will push him away from it. So he turns his back on God and people in general and hates the world and does all this evil shit.”

Finding the “Pistola Piadosa,” young Drake realizes he must carry out Judgment Day.

I won’t give away the whole plot here, but by the lovely dirge “Tomorrow Morning’s Gonna Come,” Savage finds his way to his boyhood home, where he says, “I’ve forgotten all the nightmares here/ I remember all the dreams.” And in the next song, “The Chosen One (Part III),” he repeatedly growls, “I’ve got some killin’ to do” during the last half of the song.

I also hear a lot of Nick Cave in this album, especially in the moody minor-key numbers. Slackeye’s voice is deep, as is Cave’s, but it’s more scratchy and not quite as rich. It’s perfectly suited for a surreal song cycle about God’s gunslinger.

El Santo Grial: La Pistola is available as a download at Slackeye's website. A CD version allegedly is in the works.


* A Sure Sign of Something by Peter Stampfel & The WORM All-Stars. It must be Wisconsin week here at “Terrell’s Tune-Up.” Although I normally associate Stampfel with New York bohemia, I realized after I started writing this that he was born in the Dairy State. This album is as goofy as Slackeye’s is grim. 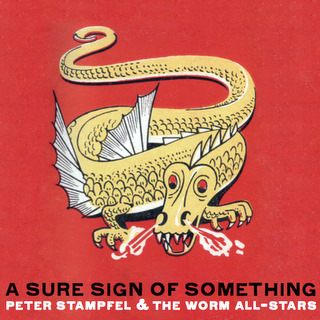 A Sure Sign of Something sounds like Stampfel and a group of friends fooling around and having fun with a bunch of weird songs, both familiar and unknown — which, I believe, is the true definition of “folk music,” despite the uptight, self-absorbed connotations that the concept of folk music has unfortunately taken on.

For the uninitiated, Stampfel, 72, is best known as founder and perpetrator of The Holy Modal Rounders, a group that played folk music through a psychedelic filter. He and fellow Rounder Steve Weber were also members of The Fugs. I don’t remember the name of the critic who described Stampfel’s voice as resembling that of a chicken who just won the lottery, but he or she was spot on.

This isn’t an essential Stampfel album by any means, but it’s full of strange joys. It was recorded with several musicians from the WORM art collective Stampfel met in Rotterdam a few years ago.

The album starts off with a joyful little tune, "Fucking Sailors in China Town," written by Stampfel’s ex-wife Antonia, This first-person story of a prostitute who doesn’t charge sailors has been in Stampfel's repertoire for years. Critic Robert Christgau once wrote that this song would never be recorded. He was wrong. 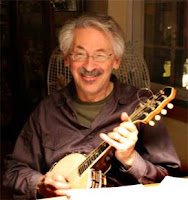 Stampfel and his WORM pals romp through standards like “Peg and Awl,” The Stanley Brothers’ “How Mountain Girls Can Love,” the old fiddle tune “Wake Up Jacob,” and an irreverent version of “Because, Just Because.” I first heard this song on Elvis Presley’s Sun Sessions. Stampfel writes in the liner notes he first heard it played by a Milwaukee polka band in the ’40s.

And there’s an insane cover of a crazy doo-wop song called “Shombolar,” recorded in the ’50s by a group called Sheriff & The Ravens, though Stampfel said it was written by Aki Leong and is based on an African work song.

Stampfel’s knack for rediscovering and reinterpreting gems like this is a major reason we all should love him.
at August 04, 2011