A version of this was published in The Santa Fe New Mexican
October 25, 2011 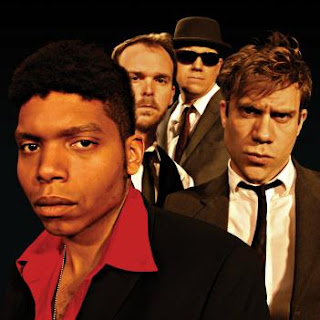 The great American soul revival, which has probably been going on since about three days after most commercial radio stations stopped playing real ’60s-to-early-’70s soul music, continues to rage. The latest warrior to pick up the torch is Chicago shouter JC Brooks, who — with his band, The Uptown Sound — is releasing a jumping little album called Want More on Tuesday.

Beside Sharon Jones and artists of the Daptone stable, it’s mostly talented codgers (guys my age or older) such as Charles Bradley, Charles Walker, and Herbert Wiley (of Wiley & The Checkmates) who have been at the forefront of the retro-soul movement in recent years.

So Brooks is one of the few notable young faces in this crowd. Another young soul man is Austin’s Black Joe Lewis (who is coming to Santa Fe Sol Stage & Grill next month with his band The Honeybears). Brooks’ musical heritage — like that of Lewis — includes punk as well as funk. In both performers’ music you hear a lot of Otis as well as a little Iggy.

I first became aware of Brooks a couple of years ago listening to a song of his that was floating around the internet. It was his cover of Wilco’s “I Am Trying to Break Your Heart.” I am happy to hear it on Want More.

While Jeff Tweedy’s weirdo lyrics like “I am an American aquarium drinker” sound a little strange in a soul context, Brooks’ Stax/Volt-like arrangement of the tune works just fine, making me appreciate the song even more.

In fact, I can’t see how Tweedy could listen to it without it having the same effect on him that Jimi Hendrix’s “All Along the Watchtower” had on Bob Dylan. Dylan changed the way he did “Watchtower” in his live shows to make it more like the Hendrix version. I wouldn’t be surprised if Wilco started putting a little JC Brooks into its stage version of this song.

But that’s not even my favorite song on the album, at least not at the moment. That honor would go to “Baaadnews” — a raw little minimalist funk workout that reminds me of James Brown’s “Super Bad.” Another standout is “Sister Ray Charles,” an obvious play on the classic Velvet Underground song. It doesn’t really sound either Lou Reed or the Genius of Soul, though it does have a prominent electric piano. It actually sounds more like Marvin Gaye’s “Got to Give It Up.”

The best material here is bare-boned and sweaty. But Brooks shows his “uptown” side on the string-sweetened “To Someone (That Don’t Love You),” which he sings in a falsetto. It’s one that will stick in your head.

While most of the songs here are upbeat, there are good down-home ballads like “Missing Things,” which sounds like a lost Van Morrison tune. The album ends with “Awake,” a slow gospel-tinged tune with lyrics that talk about revolution and never-ending war and references the spiritual “This Train” as well as “The Glory of Love,” a Benny Goodman standard that Otis Redding turned into a soul weeper.

I get the feeling that Brooks has a lot on his mind and wants to say it. I hope he keeps making records this fine. Like the title says, I want more. 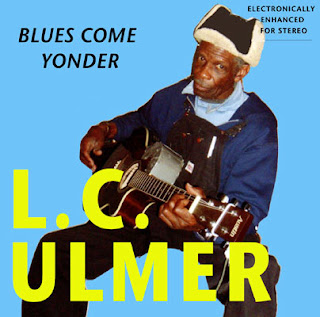 * Blues Comes Yonder by L.C. Ulmer. This album brings back happy memories of the glory years of Fat Possum Records.

That was back in the mid-to-late ’90s, when that scrappy little label, then based in Mississippi, turned the blues world on its head by introducing a new generation — and for that matter, a bunch of us in the older generation — to rough-and-rowdy Hill Country Records blues brawlers like R.L. Burnside, Junior Kimbrough, T-Model Ford, and Paul “Wine” Jones.

L.C. might not be R.L., but this 80-something former truck driver from Stringer, Mississippi, is a tough old bird who knows his way around the frets — mainly guitar, but also banjo and mandolin — and loves to sing good basic gutbucket blues.

Recorded live, the music here is kept simple — Ulmer, a bass, and drums. Hill Country Renaissance man Jimbo Mathus handles drum duty on most of the tunes, but it’s Ulmer’s show. Some of my favorite tunes are “Hake” (not Slim Harpo’s tune but similar), “Roundin’ Up Girls All Day” (featuring some hot slide guitar), and “Hams & Peas.”

There’s also a crazy banjo version of “Get Along, Cindy,” which Ulmer begins by singing the chorus of “Oh Susanna.” Then he turns Hank Williams’ “I Saw the Light” into one of the most primitive-sounding gospel stompers recorded in who knows how long.

Ulmer records for Hill Country, along with an impressive array of talent including Mathus, country songwriter Robert Earl Reed, and Afrissippi — a band with a strange and wonderful blending of West African and Mississippi sounds.

UPDATE: I corrected a bone-headed typo that refered to L.C. Ulmer covering Hank Williams' "I Saw the Light." I originally had "I Saw the Night." (Thanks to reader Michael who spotted it and forwarded the video below. In my own defense, Hank saw THE NIGHT clearer than almost anyone.