TERRELL'S TUNEUP: Enjoy The Winter With The Fall

A version of this was published in The Santa Fe New Mexican
Dec. 2, 2011 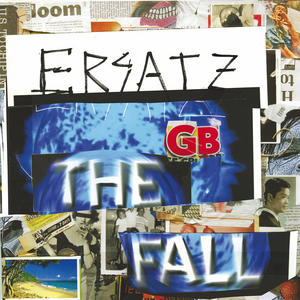 I never thought that first (and only) time I saw The Fall in concert, back in the early ’80s, that 30 years later I would a) be reviewing a brand new Fall album and b) find that fact reassuring.

Although Fall guy Mark E. Smith was surprisingly open and friendly when I interviewed him over a couple of beers at Evangelo’s that night — until then I thought I might be the only person outside my small circle of friends who loved both Johnny Cash and Captain Beefheart — The Fall’s concert was confusing and even a little threatening.

As I wrote at the time, I felt like Dylan’s Mr. Jones. I knew something was happening there, but I just didn’t know what it was. It took me a couple of years to appreciate and eventually love The Fall, though I’ve never really understood them.

Here we are in 2011, and Smith is still leading a band called The Fall. The group’s new album, Ersatz GB, is a rocking joy — even though I can’t pretend to really understand it any more than I did that show at the old El Paseo Theater back in the summer of 1981. The album is somewhat confusing and, yes, a little threatening. It’s one of the band’s better efforts in the last decade or so.

Then again, I probably said that about other recent Fall studio efforts — including last year’s Your Future Our Clutter and 2007’s Reformation Post T.L.C. I believe the band is on a roll.

Worth inserting here is a tongue-in-cheek — I think — summation of Ersatz GB from The Fall’s online forum: “The Falls’ 531st line-up release their 608th album of Smith’s curmudgeonly grumpy put-downs and slurred one-liners.”

Things slow down just a bit for the next song “Taking Off.” But The Fall roars back with abandon on “Nate Will Not Return” and the warped psychobilly riffs of the subsequent “Mask Search.”

Fall keyboardist (and Smith’s wife) Elena Poulou takes lead vocals on “Happi Song,” in which the melody and the organ sound like a mutated update of The Doors’ epic “The End.” Then on “Greenway,” the band turns to Sabbath-era heavy-metal riffs as Smith chants, “It’s good enough for me / It’s good enough for you.” I assume it’s named for the latest Fall guitarist Pete Greenway, though allegedly it’s based on a song called “Gameboy” by a Greek metal band.

A frequent flaw on Fall albums is including at least one lengthy monotonous track. Here it’s the eight-minute “Monocard,” which features more metal riffs and sci-fi synth squiggles. If it were half its length I probably wouldn’t complain.

Of course, Smith thrives on irritation. He wouldn’t be Mark E. Smith otherwise. 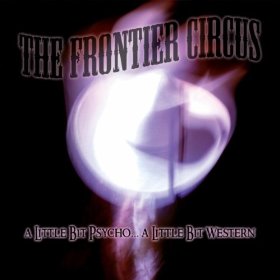 * A Little Bit Psycho ... A Little Bit Western by The Frontier Circus. Back in the 1990s, thanks to a former co-worker from the Land of Opportunity, I became a fan of an obscure band from Arkansas called The Rockin’ Guys.

I’m pretty sure the Guys — led by one Danny Grace, aka “Rockin’ Dan” — had broken up before I ever heard them, but they resurfaced in 2007 with an impressive album called Performance Art Miscreants, featuring versions of songs by Jonathan Richman, The Cramps, Johnny Paycheck, Kim Fowley, and others.

Rockin’ Dan, who by day is a professor of theater arts in Arkansas, has now taken the guise of Frontier Dan, heading a group called The Frontier Circus. They sound very similar to the good old Rockin’ Guys with similar sources of material (including The Velvet Underground and Roky Erickson) — just a little more country. In fact, they sound like an unholy collision of or collusion between the Angry Samoans and T. Tex Edwards.

This album consists mainly of irreverent covers of a variety of artists. There are versions of honky-tonk classics like Paycheck’s “Barstool Mountain,” Merle Haggard’s “The Bottle Let Me Down,” and Webb Pierce’s “There Stands the Glass” with Grace drawling the lyrics over screaming feedback.

There are also classic ’60s hits from psychedelia and beyond — “White Rabbit,” Erickson’s “You’re Gonna Miss Me,” and “Secret Agent Man.”

One of my favorites is “Glorious Heroin,” a strange melding of the classic Velvet Underground song with Them’s “Gloria.” And while I’ve always loathed America’s lame Neil Young rip-off “Horse With No Name,” The Frontier Circus, calling it “Horse With No Water,” weaves in The Sons of the Pioneers’ “Cool Water” and makes it something weird and wondrous.

This album is available only on limited-edition orange vinyl and digital download. See www.maxrecordings.com. 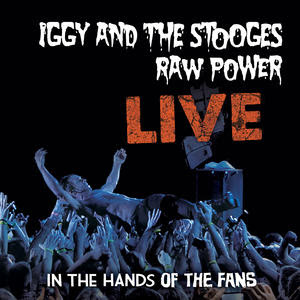 * Raw Power Live: In the Hands of the Fans by Iggy & The Stooges. This is a recording of one of those concerts where a band plays a classic album in its entirety decades later.

Lou Reed got away with it on his recent live version of Berlin, as Pere Ubu did with The Modern Dance,  Patti Smith with Horses and Dinosaur Jr. with Bug. And let’s not forget the fabulous Pixies, who came to Santa Fe last month to play the entire Doolittle album. So why not Iggy?

The original 1973 Raw Power has been remixed, repackaged, and regurgitated so many time it’s hard to keep track. The 2010 version includes a live disc from a 1973 concert in Atlanta featuring half of the Raw Power songs.

This latest version of the album is available as a DVD featuring high-definition video recorded by several fans who had won some sort of contest. The music is available on vinyl as well as digital downloads from all the usual online spots. (The digital version has a bonus track, “I Got a Right.”)

Iggy and the other surviving original Stooges are in their mid-60s now (bassist Mike Watt, who’s been a Stooge on recent outings, is the baby of the group. He’s only in his 50s). Even so, they rock like young bucks half their age.
at December 01, 2011