TERRELL'S TUNEUP: I Got It Covered

A version of this was published in The Santa Fe New Mexican
Feb. 10 2012

Almost all bands and singers on the face of this Earth do cover songs. Some are interesting at best, but more frequently they are mediocre. (Sometimes they’re horrifying, but I think I’ll save those for a future column.)

But every so often, a cover version will be better than the original — because of a stronger vocal performance like, say, Prince’s version of Joan Osborne’s “One of Us”; or a more soulful performance like Gram Parsons’ cover of Roy Orbison’s “Love Hurts” (and being more soulful than Orbison isn’t easy); or having higher energy, like about half the covers that The Cramps ever recorded. Sometimes a cover will barely resemble the original — good examples being the Elvis songs that The Residents recorded on their 1989 tribute album, The King & Eye.

What makes a cover memorable? For starters, it has to add some new dimension or have a different angle from the original. It could be a new context or maybe done in a different genre. Humor usually helps, and in my book, bizarre is a bonus. 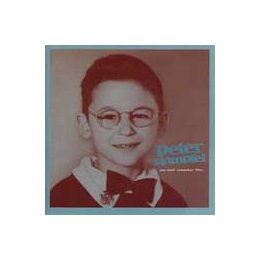 Here are my top 10 favorite cover songs of all time until the end of history (until maybe I think of some others).

1. “Goldfinger” by Peter Stampfel from the album You Must Remember This. The 70-something founding member of The Holy Modal Rounders recorded his daffy version of the classic James Bond movie theme just a few years ago. It features Stampfel on the banjo and his signature cartoonlike vocals, backed by what sounds like a tuba, a sax in the closing moments, and is that steel drums I hear in there?

2. “Stairway to Heaven” by Tiny Tim & Brave Combo from the album Girl. When I reviewed this album in the ’90s, I noted that if Van Morrison heard this, he’d be jealous that he didn’t cover “Stairway” with an arrangement like this.

3. “I’m the Only Hell My Mama Ever Raised” by Eugene Chadbourne from the album There’ll Be No Tears Tonight. Chadbourne is known for his wild improvisational acoustic-guitar playing and taking familiar songs into unfamiliar territory. At the beginning of this track, he announces that Johnny Paycheck is one of his favorite country singers. I believe him, and I believe the man loves country music. But unless you’re already a Chadbourne fan, you’ve probably never heard Paycheck done like this before. He sings the lyrics like he means them and plays guitar like a space alien on trucker’s crank. This album is full of covers of honky-tonk classics done in Chadbourne’s own peculiar way, including Paycheck’s hit “Take This Job and Shove It.”

4. “Stormy Weather” by Reigning Sound from the album Time Bomb High School. I don’t think Judy Garland did it this way, but Greg Cartwright’s exuberant take on this chestnut is irresistible This isn’t the first time this song appeared in the world of rock ’n’ roll. A vocal group called The Five Sharps did a doo-wop version in the 1950s. 5. “Surf’s Up” by David Thomas and Two Pale Boys from the album Surf’s Up. I believe in my heart that this song is Brian Wilson’s greatest moment. It’s so dark and full of lyrical enigmas that if the current nostalgia-act version of the Beach Boys attempted to play the song in concert, half of their audience would bolt in fear and revulsion. And if they heard Thomas warbling this meandering eight-minute version, there would be blood. This avant-garde deconstructed dirge is a commendable attempt to plumb the depths of Wilson’s melancholic masterpiece. But in the end, despite the inspired weirdness of this version, Wilson’s original still remains more mysterious and powerful.

6. “Banana Splits (the Tra La La Song)” by The Dickies from the album The Incredible Shrinking Dickies (though I first heard it on their live album We Aren’t the World). I was too old to really get into The Banana Splits Adventure Hour when that Saturday morning show started twisting young minds in the late ’60s. But something tells me Dickies frontman Leonard Grave Phillips watched it every week. The show starred four people in funny animal costumes — a dog, a gorilla, a lion, and an elephant, kind of like a live-action cartoon or human-scale puppet show. I think they were supposed to be some kind of rock band. I believe the same thing is true of The Dickies. In fact, they’re one of the longest-lasting Los Angeles punk bands ever to crawl out of the gutter. Phillips and his pals took the Banana Splits theme song up to warp speed.

7. “I Wanna Be Sedated” by Two Tons of Steel from the album King of a One Horse Town. I don’t know much about this turn-of-the-century country rock band, but for years this has been my favorite Ramones cover. I’ve always thought that The Ramones should have done a cover of Garth Brooks’ “Friends in Low Places.” 8. “Little Rug Bug” by NRBQ from the album Dummy. This one’s for the late NRBQ drummer Tom Ardolino, who died early this year. Andolino was a connoisseur of song poems — songs with lyrics written by some wanna-be songwriter who responded to one of those “Put Your Poems to Music” ads and had his work recorded (at a price) by an overworked crew of studio musicians and singers. 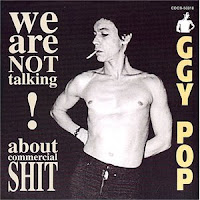 9. “One for My Baby (and One More for the Road)” by Iggy Pop, from the album Party (2000 CD reissue ). This version of the smoky Johnny Mercer/Harold Arlen classic barroom ballad is good, but my favorite is still the one I got in the early ’90s on a bootleg called We Are Not Talking About Commercial Shit, on which Mr. Pop berates and curses an unruly crowd for several minutes until he finally croons the slow, slinky song in his bruised baritone.

10. “Sugar Sugar” by Wilson Pickett from the album Right On. Nobody covered The Archies like the wicked Pickett.

Blog Bonus: Here are some of those songs