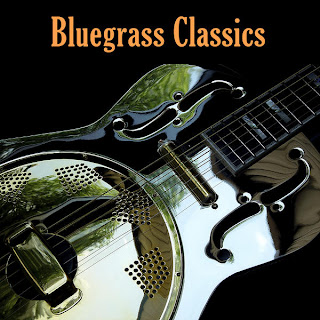 * Bluegrass Classics by Various Artists. This is one of those eMusic bargains that keeps me paying my $19.99 every month. What we have here is 48 tracks of bluegrass -- and some proto-bluegrass -- artists, mainly from the '40s and '50s, but some even earlier

I've been on a bluegrass kick lately. But -- call me a cranky old purist if you want -- I don't like much of the modern bluegrass music. So much of it seems cold and intellectual -- virtuoso musicians who seem more highfalutin than high and lonesome, lacking in that true hillbilly spirit that fueled the original masters.

This collection features very few artists whose names might be recognized by casual fans -- do Sonny Osbourne and J.E. Mainer ring a bell? But mostly there are singers and pickers who never got as famous as Bill Monroe, The Stanley Brothers or Flatt & Scruggs.

But it's full of great songs. There's "I'll Roll in My Sweet Baby's Arms" by Buster Carter & Preston Young (and fiddler Posey Rorer), cronies of Charlie Poole. This version is at least a decade older than Flatt & Scruggs' more famous version.

There's "Wild Bill Jones" by Wade Mainer & The Sons of the Mountaineers. This is the song that contains the line, " “I pulled my revolver from my side / And I destroyed that poor boy's soul," which inspired the name of  Trevor Jones' one-man band.. Wade, by the way is J.E. Mainer's brother.

But my favorite has to be "Missing in Action" by Jim Eanes &His Shenandoah Valley Boys. It's the story of a soldier who was wounded in battle, left for dead and taken prisoner by the enemy. But the narrator escapes and makes it home. Nobody was home, but when he goes in he finds a wedding photo  -- his wife had married another guy. He then finds a letter to the Mrs. from the Army saying that her first husband was missing in action and presumed dead. The sad soldier doesn't want to spoil his wife's happiness, so he decides just to move along without letting his wife know he's still alive.

Wow! What a good sport. 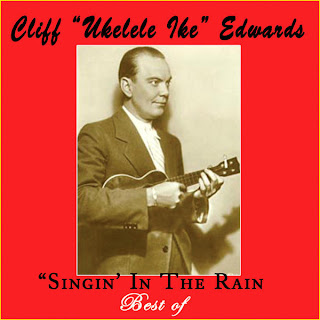 * Singin' in the Rain: The Best of Cliff "Ukulele Ike" Edwards. He was the voice of Jiminy Cricket, the sweet-voiced guy who crooned "When You Wish Upon a Star" and "Give a Little Whistle"in Walt Disney's Pinocchio.

Like Mark Twain, Edwards was from Hannibal, Mo. Starting out in vaudeville and later moving to Broadway, he played the uke to accompany his singing. Some say he learned to play the instrument when he was a newsboy to draw attention to himself while hawking papers on the street.

Edwards' golden years were in the '20s and 30s. He reportedly sold some 74 million records. He specialized in the pop hits of the day, doing versions of the pop standards of the day -- "Hard Hearted Hannah," "I Can't Give You Anything But Love," "Dinah" "It's Only a Paper Moon," "I'll See You in My Dreams," and of course "Singin' In the Rain."

He also was known for his novelty songs like "My Dog Loves Your Dog," "Paddlin' Madelyn Home," and the risque "Who Takes Care of the Caretaker's Daughter?" Often Edwards would scat, then break into a bizarre falsetto "human trumpet" sound.

But though most of his songs had a carefree and happy aura, Edwards' life was a mess. Alcoholism, morphine addiction and financial troubles plagued his life. He tried his hand at acting, but never got any significant roles.

But he did manage in 1940 to score a gig that would win him -- or at least his voice -- immortality: providing the voice of Pinnochio's conscience in the classic cartoon feature. "When You Wish Upon a Star" won an Academy Award. And Edwards' recording of it was his last hit record.

It might be cruel irony that Edwards' musical legacy is largely forgotten while the cartoon cricket to which he gave voice is a household name 70 years later. But the truth is that Ukulele Ike's music is a delight. This collection of 25 songs, including all the ones I mentioned here is a great testament to the singer. 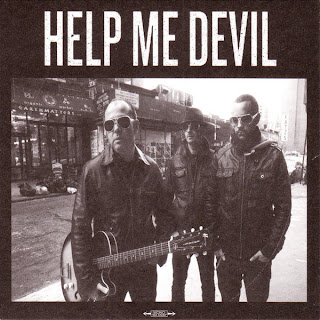 * Help Me Devil  Here's how I stumbled across this album on eMusic:

A few weeks ago when writing my review of Andre Williams' new album Hoods and Shades, I was trying to find an early version of the song "Mojo Hannah" by an R&B  singer I'd never heard of named Tami Lynn. Searching eMusic for Tami I came across Help Me Devil, which features her on a couple of tracks.

I liked what I heard.

The group behind this self-titled effort is a Spanish trio heavily influenced by rockabilly.

The group is led by Juan Carlos Parlange, who has led Spanish punk bands in the '90s.

It's just cool, basic rock with titles including "Girls Today Don't Like to Sleep Alone," ,“We Sold Army Secrets For Dope," and "Rattlesnakes Don't Commit Suicide." (which you can hear on the latest Big Enchilada podcast. ) They even cover a Hasil Adkins tune, "Chicken Walk."

Matt Verta-Ray of Heavy Trash produced the album and played on some cuts. But an even more impressive guest here is Miss Tami who kills on the old fashioned boogie "It's Great to Be Here, It's Great to Be Anywhere."


* 3 Songs from Ricochet by The Nitty Gritty Dirt Band. Ricochet was The Dirt Band's second album back when they still were toying with the idea that they could be the West Coast version of The Jim Kweslin Jug Band. Most the songs on the album, however, were fairly uninteresting folk-rockish pop. But I still love the crazy words-crazy tunes of their jug-band stuff.

The ones I downloaded were "Coney Island Washboard," "Happy Fat Annie" and "Teddy Bear's Picnic," a demonic stomp that I shamelessly ripped off for the arrangement of my own "Potatoheads' Picnic." There's three or for other kazoo, banjo and washboard-heavy tracks here I'll probably nab in the future.

* "Old Original Kokomo Blues" by Kokomo Arnold and "Kokomo Blues" by Scapper Blackwell. When I was writing my Terrell's Tuneup column about President Obama singing "Sweet Home Chicago" at a White House blues concert a couple of weeks ago, my original idea was to write about the history of the song. (Hint, these tunes, especially Kokomo Arnold's, were huge influences, to use a kind word.)

The column took a different turn, but I'm still glad I downloaded these country blues classics.